We have disturbing news about the legislation of microbeads. Cosmetics producer Johnson & Johnson reveal an opposition to the microbeads bill in the New York Times, stating that the California microbead bill would be “overly restrictive”. Instead of moving to safe, natural alternatives, J&J want to replace plastic microbeads with bioplastics instead of natural alternatives.

In the first quarter of 2014, Johnson & Johnson said it hopes to complete the first phase of reformulations for about half of its products by the end of 2015. The remaining products will be reformulated once substitutes are identified. They placed a statement on its website and is also available on the Beat the Microbead website.

According to 5Gyres, Johnson & Johnson is working to sabotage microbead bans with a sneaky loophole. By subtly tweaking the definition of a microbead, the loophole would allow companies to replace traditional plastic microbeads with other types of dangerous plastics, like the type used in cigarette filters or biodegradable plastics.

5 Gyres and a coalition of leading environmental groups have cosponsored the California bill, AB 888. It would ban toxic plastic microbeads in California and pave the way for the widespread use of degradable alternatives like apricot pits, sea salt, and ground almonds.

On the site of 5Gyres you can help the microbead ban to pass legislation. Click this link to write a letter to the California State Senator to ignore corporate lobbyists and pass AB888! 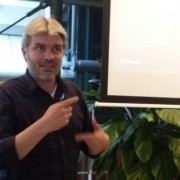