You are here: News Trash Hunters and the Schiedam call to VNG

Trash Hunters and the Schiedam call to VNG

May 31 2015. BLOG The first results of the Trash Hunters campaign give a sad impression of the amount of drinking containers as litter; in a short time, 242 hunters found almost 17.000 cans and plastic bottles.

Three members of the political party Groenlinks from the city of Schiedam have been hunting trash in their own way. In less than two hours they collected 370 bottles and cans. On the back of a beermat they calculated the cleaning costs of their town: per man per hour you pick up about 50 cans and bottles. If labour costs are €25 an hour, you will have town expenses of around 50 cents per cleaned drinking container. That is more than some drinks cost in the store.

The Schiedam city council was shocked by this result and adopted a resolution on the 27th of May to insist to the Association of Netherlands (VNG) that the extant bottle deposit scheme on large bottles must be not maintained, and also extended to little plastic bottles and cans.

The Raamovereenkomst Verpakkingen (the convenant on packaging where the agreement was made that industry can abolish the deposit scheme when they meet certain goals) reckognizes that a deposit scheme causes extra litter (article 12-1). Cleaning costs of which  will be compensated by the industry €20 million (article 12-3). It sounds as a reassurance. Industry will per €20 million per year. This also sounds as a reassurance. However, these so-called extra litter compensations represent  €1,19 per Dutch citizen per year. If the calculation of GroenLinks is correct, Schiedam (76.000 inhabitants) is compensated for picking up only two drinking containers. Two? Yes, two.

The compensation is only a drop in a bucket and the real cleaning costs negatively impact the towns budget. With packaging deposit money on all containers, towns would save  a lot of money.

What about the VNG? In March 2012 they wrote a letter to the Dutch parliament in which they expressed their appreciation of “the realistic and objective established compensation for litter.” For the first time, Trash Hunters provides a realistic and objective insight into the question which drinking containers are found and which brands are responsible, with Red Bull leading the list.

Hopefully the VNG does not only lend an ear to the proposal of Schiedam, but will also engage in an conversation with the drink manufacturers. What are these companies going to do about the problem? It cannot be true that the VNG lets her members down[?] on this issue and burdens them with high cleaning costs and/or dirty streets. 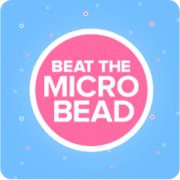 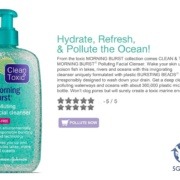