The Plastic Soupermarkt opened on 26 September. The exhibition, first seen during SAIL in Amsterdam, can now be seen in the Koetshuis of Wijlre Castle in South-Limburg until 15 November.

The concept is the brainchild of British artists’ collaborative Dirty Beach – Lou McCurdy and Chloe Hanks – who named their initiative TruCost Super-M-Art.

But is it the same exhibition? In every location the composition differs, because part of the display is determined by what volunteers have found in the surrounding environment in the weeks leading up to the event. In this case plastic objects from the river Maas. Where in the Northsea it was fishnets and washed up balloons, in Amsterdam items like plastic bicycle seat caps (with advertising logos), in the Maas there were a remarkable number of products that aren’t sold in the Netherlands but are in Belgium.

The exhibition display is again organized with help from Ekoplaza. The organic supermarket chain provided manpower, display units and shelving. A novelty in Wijlre is the education component. Five schools in the Limburg province will visit the Plastic Soupermarkt in the coming months and learn about the background of plastic pollution.

At the opening of the exhibition Maria Westerbos, director of the Plastic Soup Foundation, said: “I am very proud to open with you all the second plastic Soupermarket in Holland from Dirty Beach! Trash changes into art with an important message: we’re polluting our waterways with plastic, all over the world.”

Read more
“In the name of beauty” 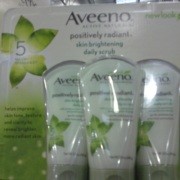 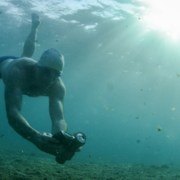 Massive Open Online Course on Plastic Soup
Scroll to top
This site uses cookies. By continuing to browse the site, you are agreeing to our use of cookies. Learn more