You are here: News “Who takes responsibility for the dangerous and horrendous water quality in Rio?”

“Who takes responsibility for the dangerous and horrendous water quality in Rio?”

25 December 2015 – Dorian van Rijsselberghe is the defending Olympic Windsurfing Champion for Rio 2016. The Dutchman lives in Laguna Beach CA and spends lots of time training and racing on Guanabara Bay in Rio de Janeiro, preparing for the Olympic Games this coming August. This December Van Rijsselberghe competed in the Copa Brasil de Vela, a sailing regatta held on Guanabara Bay. Dorian is very concerned about the water quality, not only for himself and his fellow athletes but also for the inhabitants of this beautiful city. Read his concern in his X-Mas Blog (translated from Dutch version).

“I am an athlete, not a magician who can solve the water pollution problems in Guanabara Bay. I wish I was, because the water quality is disgustingly filthy and dangerous and no one cares enough to change it.”

Research shows that just a few drops will make you seriously ill. As athletes, we were promised repeatedly that the authorities, the local government and the Olympic Committee would solve the problem.

No one has done anything. Alarm bells rang but nothing has changed and we are now just months away from the Olympic Games. I recently trained and raced in the Bay and have only once seen ONE clean-up boat. I had plastic caught on my fin on many occasions. My training partner encountered this as many as thirteen times in one single race.

We had to sail back during the race to get this floating debris off our boards. How is that gonna be during the Olympics? Windsurfers and sailors going backwards to win a race. This is what will occur if no one is willing to take drastic measures to change this ongoing pollution of local waters.

Guanabara Bay contains so many plastic bags that the world’s population could do its X-mas shopping with them; assuming they were even fortunate enough to do X-mas shopping. In short, the water is disgusting and dangerous.

A member of our coaching staff almost puked while entering the Olympic harbor. Raw sewage. The athletes do not talk about it. ‘If I don’t talk about it, it doesn’t become my problem either’. That is what most of the other athletes think. As athletes, they must focus on the job at hand. They are not there to challenge the world’s environmental issues.

But the athletes are all concerned and deeply worried.

So this is what it is. And that is sad. Humanity cannot even clean up one bay, let alone clean up the plastic soup in our oceans. We need to save our environment and pass it on to our children. Their opportunity to enjoy mother earth depends on what we do now.

If we can not solve an issue like this, what does that say about us? That we can never get a cleaner world?

I am happy I won last week. Maybe I won because I had the least amount of debris on my fin. Looking back, winning in plastic soup does not fill me with joy.

I am a windsurfer. Not an environmental activist. We race in Rio because we are athletes. That is what we do. Others must now step up and take their responsibility for the dangerous and horrendous water quality. All of us must start to recycle plastic now.

Read more
Fewer plastic bottles thanks to the fruit stickpack 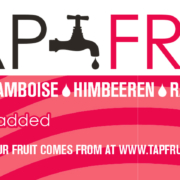 Huge victory: US bans microbeads in cosmetics and personal care products
Scroll to top
This site uses cookies. By continuing to browse the site, you are agreeing to our use of cookies. Learn more