You are here: News Entomologist Bart Knols: “There is a clear link between waste, and indeed plastics, and the spread of mosquitoes that cause Zika.”

Entomologist Bart Knols: “There is a clear link between waste, and indeed plastics, and the spread of mosquitoes that cause Zika.”

The accumulation of garbage and waste attracts pests such as rats, mice, or, in this case, insects. This is the opinion of the Dutch entomologist Bart Knols , who insists there is a clear link between waste—including plastics—and the spread of mosquitoes that cause Dengue, Chikungunya, and Zika.

Daniel Poolen, project manager of Plastic Urban Mining, a project initiated by the Plastic Soup Foundation, agrees. “Plastics last for a very long time in nature and they can easily transport bacteria and viruses, especially in small streams, rivers, lakes or bays, where there is constant contamination due to sewage and the illegal dumping of trash.”

The accumulation of urban waste in countries like Brazil is especially worrying to the Plastic Soup Foundation. “Not only are the cities across the ocean at risk of experiencing the spread of the mosquito with the Zika virus,” Poolen says, “anywhere else where there are concentrations of waste and potential water reservoirs is in danger.” Bart Knols claims that the virus will eventually make its way to Europe. So far the virus is not carried by mosquitoes in Europe, however, 20 cases of people infected . They had all recently visited Suriname and contracted the disease there, which shows how imperative it is to find solutions to tackle the problem of urban waste in every country in the world.

Poolen notes that it is important to take a look at the problem of litter found on the street: “How can we reduce the use of single-use plastic?” he says. “Reducing at the source saves a lot of trouble.”  For this reason, Poolen believes there needs to be an incentive for people to pick up the plastics that end up on the street. Picking up PET bottles to be sold for recycling is already being done by waste pickers in various places, but Poolen asks an important question: Why sell the plastic waste for recycling when people could recycle it themselves? “That is what we do in the Plastic Urban Mining project: we give people the tools to recycle their own collected plastic, taking out the middle man, so they can sell directly to a recycler or make products themselves to be sold in local communities.” Poolen insists that this program will increase the value of the plastics on the streets and reduce the risk of plastic bottles becoming carriers of diseases.

The Zika virus infection is caused by the bite of an infected yellow fever mosquito that originates in Africa where it breeds in small tree holes and leaf axils. To control the population of the so-called Aedes mosquito and to stop the further spread of infection, the World Health Organization (WHO) recommends the reduction of water reservoirs in flower pots, bottles, and containers that could collect water. In addition, abandoned car tires, caps from beverage bottles, and everything that can collect a layer of water should be picked up to avoid becoming mosquito breeding sites. The WHO also advises people to avoid the accumulation of garbage in open spaces and to cover domestic water tanks so that mosquitos can’t get in.

The infected mosquito had spread across countries in Africa, Southeast Asia, and the Pacific Islands prior to 2015. In May 2015, outbreaks were registered in Brazil, followed by a series of outbreaks in other areas in Latin and South America since October 2015. The symptoms include mild fever, rash, conjunctivitis, and muscle pain. This is the same mosquito that transmits Dengue and Chikungunya. The outbreak in Brazil has led to increasing numbers of women giving birth to babies with microcephaly, a rare condition that involves the abnormal development of the brain in the womb and results in a very small head. The WHO has declared that the Zika outbreak is “a global public health emergency” and advises an integrated response involving action on several fronts such as health, education, and the environment.

The Plastic Urban Mining project aims to create new local circular economies in developing countries. Rio de Janeiro is one of the main focuses of the program, where the Plastic Soup Foundation will carry out a program that involves innovative solutions to clean up the Carioca River—which ends up in the Guanabara Bay, where the Olympic Games will be held this summer.

Read more
How realistic is the New Plastics Economy? 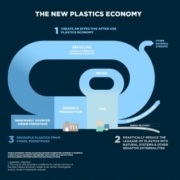 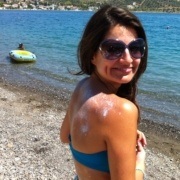