In December 2015, a law was passed in the United States of America prohibiting the use of plastic microbeads in cosmetics and toiletries. The Microbead Free Waters Act (MFWA) however, is limited to rinse-off products such as scrubs and shampoo and does not cover leave-on products such as make-up and sunscreen. The question then arises whether products in the latter category also contain microplastics.

A recent study by the consultancy firm Eunomia, commissioned by the European Commission, has now answered this question. Microplastics are indeed often used in leave-on products, and these are smaller than those used in rinse-off products. One of the features of rinse-off products is that they can be used as scrubs, which means that the plastic particles are between 0.05 and 1 mm in size. The microplastics in leave-on products are far smaller because they have other functions. The plastic particles in these are between 0.001 and 0.05 mm.

These sunscreens can simply be produced and sold in the United States of America under the MFWA. At present, the European Union has no legislation. In October 2015, Cosmetics Europe, the largest umbrella organisation for the cosmetics and toiletries industry, called upon its members to stop using microbeads. But Cosmetics Europe has also limited this call to rinse-off products. Furthermore, because it limits the particle size to a minimum of 1µm (0.001 mm), Sunspheres sunscreen products fall outside this criteria.

This example shows that voluntary phasing out does not guarantee the removal of all microplastics from all care products. There should be a total ban on the use of all microplastics in all cosmetics and toiletries, and the law should be sufficiently stringent that there is no room for companies to find loopholes.

Read more
Entomologist Bart Knols: “There is a clear link between waste, and indeed... 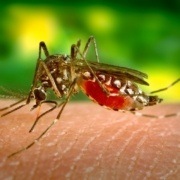 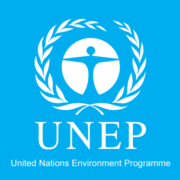