You are here: News The new Beat the Microbead app is available NOW!

The new Beat the Microbead app is available NOW!

Amsterdam, July 2016 – The updated Beat the Microbead app 3.0 is ready for download for Windows, Android and iOS! It has new features such as the ZERO PLASTIC INSIDE database, which shows the list of brands that are 100% free of microplastics. Currently there are 15 brands proven to be free of plastics.

Maria Westerbos, director of the Plastic Soup Foundation, who is leading this international campaign, says “The app’s accessibility has been improved making it more consumer-friendly. It is easier to add new products to the database and these will be automatically displayed on the Beat the Microbead website. The app is available in seven languages with the People’s Republic of China the latest country to be added. I’m very proud of that.”

The Beat the Microbead campaign has fought against pollution from microplastics found in personal care and cosmetic products in the oceans since August 2012. Since then, 332 brands from 62 different manufacturers have pledged to remove plastic microbeads from their products. The campaign works in a coalition of 83 NGOs from all over the world and the website hosts 13 different languages.

In December 2015 President Obama signed the Microbead Free Water Act banning microbeads in personal care and cosmetic products. Following the example set by the USA, the UK Parliament is also talking about microbead awareness and ocean pollution. Since the beginning of the campaign, 25 British brands have phased out microplastics from their cosmetics products and more than 300,000 people in the UK have signed a petition demanding a ban on microplastics. Furthermore, Europe, Australia, Canada and recently Taiwan, are preparing to ban plastic microbeads from personal care products.

The Plastic Soup Foundation strives nationally and internationally to put an end to the increasing plastic pollution of the oceans. The PSF strongly advocates that no more plastic enters the ocean. For more information, seehttps://www.plasticsoupfoundation.org/ 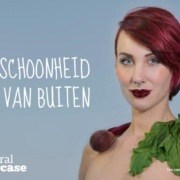 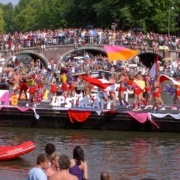