You are here: News “Amsterdam Schoon”, Plastic Whale, WASTED and PSF for a clean Canal Parade

The “Amsterdam Schoon” – Clean Amsterdam – project was started this year as part of a larger “schone stad” (clean city) project. It is a three-year project intended to bring change to the amount of rubbish dumped during and after events. This year, several projects were organised to raise awareness about the huge mountain of rubbish that events generate and how everyone can help to keep the city clean. The help of various companies is brought in for each event to help raise awareness.

This year, the goal is that the area is visibly clean again within 24 hours. During the Euro Pride’s Canal Parade on 6 August, the Amsterdam Schoon boat will sail in the procession to make visitors aware that they should not leave rubbish behind on the streets. In collaboration with Wasted and the Plastic Soup Foundation, the ‘WASTED Soldiers’ will collect rubbish from the party-goers. For every full bag of rubbish that members of the public hand over, they will get a WASTED Coin, a special plastic token that they can use to buy drinks or visit the public toilets.

The Plastic Whale will sail in a fleet of launches made of recycled plastic fished from Amsterdam’s canals. Plastic Whale volunteers will hand out hundreds of nets and rubbish bags to members of the public and houseboat residents along the Canal Parade’s route. The public and houseboat residents will be invited to help make and keep Amsterdam’s canals plastic free.

One thousand extra rubbish bins will be placed around the city centre on 6 August, and more than 200 girls and boys from the Greenteam will do their best to keep the city clean.

After the boat procession, the city cleaning service will do the post event clean while the Plastic Whale will hold its annual Pride Plastic Fishing on Sunday 7 August. During this event, two hundred volunteers on 16 launches will fish for plastic, following the route taken by the Canal Parade. 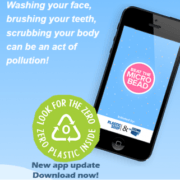 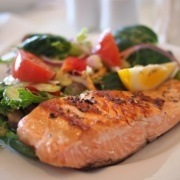