Some products contain plastic particles. These particles are washed down the drain with every use. Eventually, they enter the sea via the sewage system. Without realizing it, consumers contribute to the growth of plastic soup whenever they use these products.

A number of countries has introduced a ban (or is about to do so) on making and selling personal care products containing plastic particles. In December 2015, President Obama signed legislation for the whole of the US, after a number of states had introduced a ban. Canada recently classified microplastics as toxic so that a ban could be introduced quickly. This summer, France announced a ban to be introduced in January 2018. In November, the Italian parliament is to vote on a ban as of January 2019. Taiwan is working on a ban as of 1 July 2018. The new English government announced recently that pieces of plastic in cosmetics will no longer be allowed to be sold in the UK by the end of 2017.

The Dutch government, together with other EU member states, has been calling for a European ban for some time. The environment ministers of EU members states are unanimously in favor of one. Now we are waiting to see what proposals the European Commission will put forward. It is clear that there is momentum for introducing a European ban right now. The question is, however, what will that ban entail exactly?

There has been a great deal of criticism on the Microbead Free Waters Act signed by President Obama, because the ban restricts itself to exfoliants and therefore does not affect other microplastics. Plastic particles are also contained in so-called leave-on products, such as lipstick or sun tan lotion, and even in some cleaning products. Europe has the opportunity to do better than the US now. To prevent this form of plastic pollution, there needs to be a ban on all products containing microplastics which can be washed down the drain. 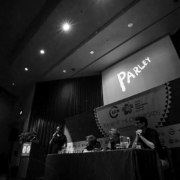 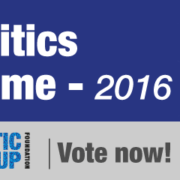