You are here: News Breaking news: Coca-Cola supports introduction of a deposit scheme

In Scotland negotiations on the introduction of a deposit scheme have been underway for a few years. Up to now Coca-Cola has resisted introducing deposit money on bottles in every imaginable way. The multinational’s spokesperson stated in Edinburgh that the company has examined the advantages of deposits on cans and bottles and will now support the introduction of a deposit scheme in the country: “It’s already clear from our conversations with experts that the time is right to trial new interventions such as a well-designed deposit scheme for drinks containers, starting in Scotland where conversations are underway”.

Deposit schemes reduce the amount of litter, are an important way to realize the circular economy and bring down the costs to the community of clearing up waste. Environmental organizations in Scotland and in England have campaigned hard for the introduction of deposit schemes and welcome Coca-Cola’s new position as an unprecedented key breakthrough. Public pressure on Coca-Cola in England increased in recent months, partly because leaked documents revealed that the company has been secretly opposing the introduction of a deposit scheme. Even Prince Charles got involved in the debate and the Daily Mail started a campaign in favor of a deposit scheme.

Up to now Coca-Cola has been able to prevent the deposit scheme from being expanded in the Netherlands, partly thanks to years of fierce lobbying together with a coalition led by the Albert Heijn supermarket chain at the Ministry of Infrastructure and the Environment. According to Coca-Cola Netherlands the collection systems between countries differ and the change of heart in Scotland has no consequences in our country, says spokesperson Arjanne Hoogstad in Dutch daily newspaper Trouw.

Maria Westerbos, director of the Plastic Soup Foundation: “We have been waiting for news like this for years. As multinational Coca-Cola should play a key role in the fight against plastic soup anywhere in the world. The company’s change of heart will have consequences in the Netherlands. We want to see this put into practice here.” 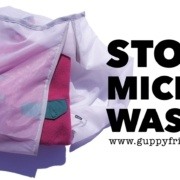 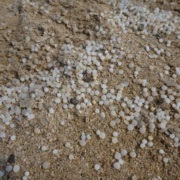 Plastic pellets pollute British beaches
Scroll to top
This site uses cookies. By continuing to browse the site, you are agreeing to our use of cookies. Learn more