You are here: News Strong increase of plastic pollution Artic

Bremerhaven, 7 February 2017 – The garbage concentration at the bottom of the Arctic Ocean has grown. In one observation point even more than 20 times between 2002 and 2013, according to a research by the Alfred Wegener Institute in Bremerhaven. Since 2002, German researchers have been monitoring garbage on the ocean floor with cameras placed at a depth of 2500 meter. This is done at two locations in the strait west of Spitsbergen. The results of the research were published in the scientific magazine Deep-Sea Research.

The researchers call the situation of the Arctic deep sea at the northern observation point especially grim. In 2002 the area counted 346 pieces of garbage per square km and in 2013 8082. Most of the garbage is plastic (47%), followed by glass (26%). Furthermore, the researchers counted relatively more tiny pieces of plastic than 10 years earlier, which points to a fragmentation of the plastic, despite the fact that UV radiation doesn’t reach these depths. This doesn’t include microplastics because the photographed fragments were at least 2 centimetres.

As the polar ice is retreating the area is seeing an increase in industry, shipping, and tourism. These activities bring along garbage. The ocean current also carries garbage in from populated areas. Additionally, drift ice with enclosed litter can travel large distances. The garbage is released when that ice melts, bringing plastic further and further into the Polar Regions.

Photograph: Plastic at the bottom of the ocean, Melanie Bergmann/OFOS 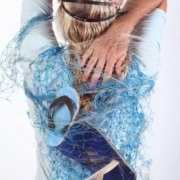 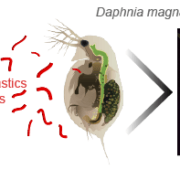 Microfibers kill freshwater water fleas
Scroll to top
This site uses cookies. By continuing to browse the site, you are agreeing to our use of cookies. Learn more