You are here: News Fibers from synthetic clothing disastrous for mankind and the oceans

Fibers from synthetic clothing disastrous for mankind and the oceans

Amsterdam, 8 May 2017 – By machine washing our clothes, we are polluting our seas and oceans. This is the shocking result of years of scientific research, which will be presented during a press conference at the Conscious Hotel in Amsterdam tomorrow. It has been proven that fibers from synthetic clothing are not only found in water, but even in the food we eat and the air we breathe. An International Union for Conservation of Nature (IUCN) report published in February 2017 also claims that the use of synthetic fibers increased by 79.3% between 1992 and 2010.

Clothing fibers found in mussels, honey and sea salt
It has long been known that microplastics in cosmetics make their way into our water supply, but this research shows that clothing fiber pollution is significantly greater. It appears that 34.8% of primary microplastics released by machine washing synthetic clothes ultimately ends up in the environment. Maria Westerbos, director of the Plastic Soup Foundation: “Ultimately, these microfibers wind up on our plates.” Synthetic fibers have been found in plankton, both in farmed and in wild mussels, in sea salt and even in honey. The number of animal species that suffer from plastics that make their way into the environment has gone up to 1220 in 2017, and continues to rise. Westerbos: “It can have myriad consequences: ranging from a worsened condition and internal wounds to starvation and dehydration.”

The European Food Safety Authority (EFSA) now considers micro and nanoplastics as a potential threat to our food safety. Consuming fish and shellfish that contain tiny particles of plastic could possibly lead to health risks.

Fibers in the air: breathing our clothes
In 2016, the results were published of a unique sample measurement of microfiber residue in the air in Paris. Between 2 to 355 microfibers were counted per day per square metre; in the city center this number was almost double that of suburbs. Of the clothing fibers that were found, 29% consisted partly or fully of plastic. “The consequences for public health are massive”, Westerbos believes. “The microplastics could emit harmful chemicals deep in the lungs and could even be spread through the body through our circulation, which means the micro particles could even reach unborn babies through the placenta.”

Individuals and mermaids try to make a difference, industry does nothing
Plastic Soup Foundation (PSF) is the communications partner of the Life+ Mermaids consortium. This three-year project saw thorough research performed into fiber loss in washing machines, as well as successful experiments – a world first – with bio-based coatings made from shrimp (chitosan) and plants (pectin), which managed to reduce fiber loss by a spectacular 50%.

During this research project, the Plastic Soup Foundation also actively reached out to other parties aiming to solve this problem. Throughout the world you can find many innovative grassroots attempts to stop fibers from being deposited in the rinse water. In the United States, for example, the Cora Ball is now being produced after a successful crowdfunding campaign. The natural filtration system of coral formed the inspiration for this ball, which filters tiny particles out of the rinse water in the washing machine. Another example is the Guppy Friend, a special bag for in the washing machine created by a group of surfers, skaters and creatives from Berlin. The bag traps microfibers and prevents them from reaching the water supply.

Maria Westerbos: “We are aware that people behind the scenes are hard at work developing an external filter for washing machines, but it is too early to say much about this, yet. It is worrying, however, that so far we have hardly seen any effort from the clothing industry to tackle the problem at the source. Although all the grassroots solutions we have been seeing are fantastic, it is even more important that we see change in the clothes themselves. Instead, the only development we can see is that more and more brands are creating clothing from dangerous ocean plastics, which disintegrate even quicker. This has only made the problem bigger. Only Patagonia and G-Star seem serious about wanting to tackle the problem.”

The research results will be presented at the press conference in the Conscious Hotel in Amsterdam, which will also see the people behind various solutions to the problem meet for the first time. 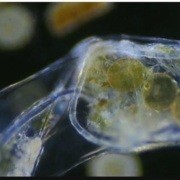 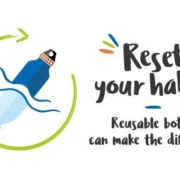