You are here: News Major American aquaria stand together to reduce the plastic soup

Major American aquaria stand together to reduce the plastic soup

Nineteen of the largest aquaria in the United States have launched the In Our Hands campaign. This coalition of aquaria is tackling the plastic pollution of the ocean and has announced that each member will stop its use of single-use plastic items.

The aquaria have also announced that they are stopping handing out plastic bags forthwith. Further, they are starting to phase out plastic straws, and all plastic bottles will be banned from all their cafeterias by 2020. They will work with their suppliers to dramatically reduce the quantity of plastic packaging in their souvenir shops.

These companies’ mission is marine conservation and education, and as such they strive to set an example to their visitors in their waste management. In our hands aims to change the consumer behaviour of the more than 20 million visitors to the aquaria every year while raising awareness about the plastic soup. Special exhibits which explain plastic pollution to visitors and show alternatives to plastic and ways to reduce plastic consumption should also help.

One of the initiators of In Our Hands is the Monterey Bay Aquarium. The aquarium’s spokesperson, Ken Peterson, said to the Mercury News that the coalition will encourage zoos, sports teams, airports and other companies to join the movement.

Maria Westerbos, director of the Plastic Soup Foundation, said “Companies that exhibit the underwater world that they wish to protect are perfectly placed to set a good example and to motivate other organisations to dramatically reduce their plastic footprint.” 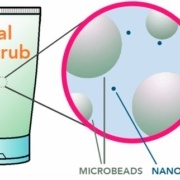 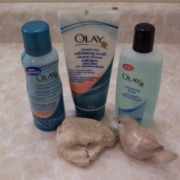