You are here: News UK: ban on microbeads in cosmetics

UK: ban on microbeads in cosmetics

On 21 July, the British government announced a ban on microbeads in cosmetics. The ban on production will take effect on 1 January 2018, and the ban on sales on 30 June 2018. This ruling follows a consultation round in which stakeholders and the public shared their views.

British environmental organizations, which have been campaigning for the ban for months, are celebrating the announcement as a major step forward. However, in a joint statement they point to a number of shortcomings. One criticism is that the British government has not as yet issued a definition of plastic microbeads. This makes it unclear whether the ban covers all non-soluble plastic particles. Another criticism is that the ban is limited to rinse-off products and does not cover other products than cosmetics, like detergents.

The ban is seen as the most far reaching ban in the world to date as it does not allow biodegradable plastics as a fit alternative. This is the case in the American Microbead Free Waters Act of 2015. What is also important is that the British Ministry of the Environment, DEFRA, and the Hazardous Substances Advisory Committee will evaluate the microplastics that do not fall directly under the ban. During the consultation round, the British cosmetics industry indicated that a total ban will require the reformulation of thousands of products.

Maria Westerbos, director of the Plastic Soup Foundation: “We celebrate the announcement of the ban as an important victory of the international Beat the Microbead campaign. What is important is that a legal nationwide ban has been announced and that that ban may be extended to other cosmetics in the future. We expect the European Union to follow Britain’s example to phase out plastic particles through a legal ban. The initiative schould certainly not be left to the industry itself” 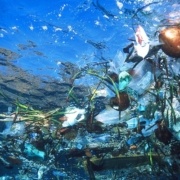