Up to now, mechanical methods for recycling PET bottles have only been able to be applied six times on the same plastic bottles before the quality of the material becomes too poor for it to be reused. Ioniqa, an Eindhoven University of Technology  spin-off, has developed a technique making it possible to recycle PET and polyester clothing endlessly.

Ioniqa has developed a process in which all kinds of colored plastic can be reduced to pure raw material or virgin quality plastic. During the process the polymers are broken down and impurities such as color are removed from the plastic, leaving behind a white powder which can be recycled endlessly. Another objective of this technique is to prevent plastic from entering the ocean.

In 2006 Ioniqa won the  Accenture Innovation Award in the category Circular Economy for this innovation. Every year these awards generate attention for the Netherlands most innovative products, technologies and services. According to the jury, this attention could precipitate a worldwide break-through for the start-up. Attention is great but it’s not enough according to Tonnis Hooghoudt, founder of Ioniqa. In an interview with  RTL Z he explained that the market wants to see that the technology really works: “In the past year we have built a demo factory in Rotterdam. Now many large brands have brought their PET waste here to be tested and to see the technology with their own eyes.”

In the future the company wants to apply the process to other sorts of plastics and bioplastics. Hooghoudt told the Plastic Soup Foundation that he expected the technique to work on plastic litter. “As long as it is PET-packaging or polyester so far it has always been possible to produce the pure raw material.” However, he says tests have not yet been done on plastic litter. Harmen Spek, Innovations & Solutions expert at the Plastic Soup Foundation: “If this technology can be applied to both plastic waste and plastic litter, the environmental value would be huge. It would be a big step towards a closed loop system for plastic.” 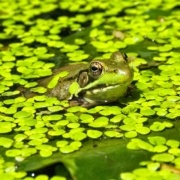 Microbeads hinder the growth of duckweed
Scroll to top