Following the example of other African countries such as Morocco, Rwanda and Uganda, Kenya is now tackling the widespread use of plastic bags. It is no longer permitted to produce, sell or carry plastic bags. By banning plastic bags, the Kenyan Government is hoping to protect the environment.

Shopkeepers and market stallholders may not give their customers plastic bags anymore, not even against payment. Furthermore, tourists that enter the country with plastic bags are required to hand them in. Anyone caught with a plastic bag risks being fined up to €32,000 or face a prison sentence of up to 4 years. The idea is that from now on everyone in Kenya uses paper bags or reusable bags.

Up to now, the almost 48.5 million inhabitants of Kenya used an estimated 300 million plastic bags a year. The government hopes to dramatically reduce this amount, which will be of tremendous benefit to the environment. According to UNEP, the United Nations Environment Programme, cattle graze among mountains of rubbish and up to 20 plastic bags are regularly found in the stomachs of cows. This is not only unhealthy for the cows, but also poses a health risk to the humans that eat the plastic polluted meat.

The ban was announced six months ago. Shopkeepers, traders and consumers had till Sunday 27 August 2017 to prepare for the new law. Producers of plastic bags tried to prevent the ban right up to the last minute. They said that the ban would cost 80,000 jobs. But their protest did not work. The Kenyan high court judged that the environment is more important than their commercial interests. 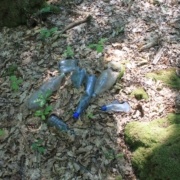 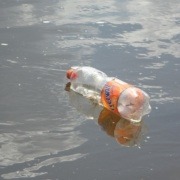 Campaign for bottle deposit system in New Zealand
Scroll to top
This site uses cookies. By continuing to browse the site, you are agreeing to our use of cookies. Learn more