The cosmetics industry fears a worldwide ban on plastic microbeads in scrubs and on all other microplastics. The sector has rallied its defences and has two main lines of defence. One, water purification plants could potentially collect 99% of all plastics, so what’s the problem? Two, the legislation is not based on scientific evidence.

Earlier this year, referring to a Danish study, the mouthpiece of the world-wide cosmetics industry, the Personal Care Products Council (PCPC), declared that 99% of microplastics are caught by water purification plants. In its statement, the PCPC  does not communicate that the same study also informs the reader that the sewage sludge – polluted with the caught microplastics – is then spread on agricultural land as fertiliser. This means that all those plastic particles simply enter the environment again.

Imagine that indeed, 1% of the microbeads enter the surface water through effluent. Is this a negligible amount as the PCPC suggests? In 2015, British scientists at the University of Plymouth calculated how many microplastics an average daily portion of scrub contains. In 5 millilitres of scrub, they found between 4,595 and 94,500 microplastics. So consumers contribute between 45 and 945 microbeads to the plastic soup every time they take a shower. This is excluding the other 99%.

A study was recently published in the scientific journal Chemosphere by the University of Ljubljana. This study points to a completely different percentage. The scientists calculated the number of microplastics originating in personal care products that enter Slovenia’s surface water through the water purification plants of Ljubljana. Laboratory experiments show that on average, not 99% but 52% of the microbeads ends up in the sewerage sludge. Assuming an average use of 15.2 mg per person in Ljubljana, this means that every day 112.5 million microbeads enter the Slovenian surface water. This equates to a concentration of 21 particles per cubic metre.

The cosmetic industry’s line of defence is remarkably weak. It is waging a war behind the lines in which it is rapidly losing the trust of governments and the public. 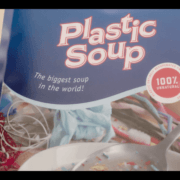 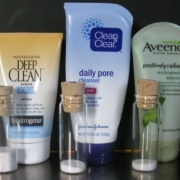 The international cosmetics industry and plastic soup
Scroll to top