You are here: News Millions of microfibers in wastewater from every wash

Millions of microfibers in wastewater from every wash

Amsterdam, 24 November 2017 – Between 600,000 and 17,700,000 microfibers are released in every 5-kilo wash; that is the equivalent of 0.43 to 1.27 grams in weight. Wastewater rinses these fibers during washing and most end up in the surface water, because water purification installations are not equipped to stop them. The fibers are extremely small and their numbers are endless. As a result, they enter the food chain relatively easily. This is one of the main conclusions of the European Mermaids Life+ project, whose results have now been published in the magazine Environmental Pollution.

In a recent report, the International Union for Conservation of Nature (IUCN) estimated that 35% of all primary microplastics in the oceans originate from machine-washed synthetic textiles, making this the largest source of microplastics, with car tire wear in second place at 28%.

So how many plastic microfibers are released during a single wash and does the way in which you wash make a difference? The Italian and Spanish researchers developed an analysis method based on scanning a filter (mesh size 5 µm) using an electron microscope, which can fairly accurately count how many fibers have been released after a wash. This method made it possible to calculate whether the temperature at which you wash or the type of synthetic material (woven or knitted) matters.

The Mermaids research shows that woven polyester textiles release the most microfibers compared to knitted polyester and woven polypropylene. Both washing powder and liquid washing detergents increases the number of fibers released compared to just using water. Use of liquid detergent is better than washing powder. It apparently makes a big difference whether or not you use fabric softener, since it reduces the number of fibers by more than 35%. Higher temperatures, longer wash durations and water hardness also have a negative impact, depending on the type of synthetic material. Fewer fibers are released when liquid detergents are used rather than washing powder and domestic washing generates fewer fibers than industrial washing.

The Dutch government is looking into which policy measures can be taken to combat three sources of microplastics; tires, paint and cleaning products. Textiles were not taken into consideration because they are already being researched through the Mermaids project. Some policy measures to drastically reduce the quantity of microfibers can be deduced from the recently published article. These are the most obvious ones:

However, even if all these measures were to be taken, it would not solve the problem by a long way. 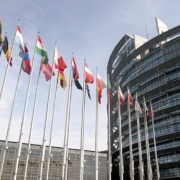 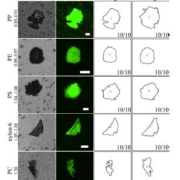 New measurement method: many more microplastics in sea than thought
Scroll to top