Amsterdam, March 19, 2018 – Microfibers that are released during the machine-washing of synthetic clothing are one of the most important and difficult-to-combat sources of the plastic soup. Millions of fibers are released per wash, fibers so small they are impossible to remove from wastewater. A bill has recently been submitted in California which proposes to provide all synthetic clothing with a warning label. Clothing that is at least 50% synthetic must be labeled with the text “This garment sheds plastic microfibers when washed”. If the bill is passed, it will take effect on January 1st, 2020.

In Europe, an industrial consortium of textile companies is considering how to prevent the spread of microfibers derived from synthetic clothing. Before the end of 2018, the partnership, according to a statement issued in January, will present possible solutions to the European Commission. This plan, however, is so vague that it raises the question whether the consortium is, in fact, strategically delaying measures for as long as possible.

The bill in California can be understood as a litmus test. If the European partnership has been created to work seriously, then there should be nothing in the way of publicly declaring that such a label should also be obligatory in Europe. If, on the other hand, the consortium has been set up to postpone all effective measures for as long as possible (under the guise that excessive research must be conducted first, for example), the industry will not commit to such a label.

Maria Westerbos, director of the Plastic Soup Foundation: “The European Commission should not wait for the proposals that the European textile Industry will present at the end of 2018. Instead, it should make a warning label obligatory, just like in California. In this way, consumers are at least informed — that is an important first step in the fight against this environmental disaster.” 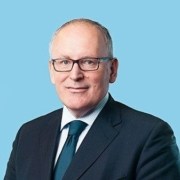 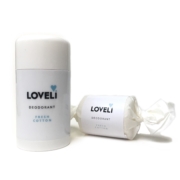 From Marseille soap to refillable deo sticks
Scroll to top