You are here: News Poor air quality caused by microplastics

Amsterdam, 30 March 2018 – The Netherlands does not meet agreed standards for air quality in all its cities. The Dutch cabinet wants to change this and anyone who wants to can submit their views on government proposals to improve air quality.

Surprisingly microplastics are not mentioned once in the draft bill “Amendments to the National Air Quality Cooperation Program”. Perhaps they are counted as particles or perhaps they have been left out altogether. The fact of the matter is that the air is full of microplastics, and concentrations are increasing because plastic is not biodegradable.

In the United Kingdom, the Daily Mail recently carried out a study into packaged and non-packaged fish in London supermarkets. The fish were tested for the presence of microplastics in a laboratory at the University of Portsmouth. Dozens of microplastics, which had come from the air, were found on the pieces of fish. Substantially more microplastics were found on fish that had not been packaged, and had therefore been exposed to the air for longer.

The Daily Mail quoted Professor Frank Kelly, a specialist affiliated to King’s College in London. In 2016, he stated the following to a parliamentary hearing: “If you can breathe them [microplastics] in, they could potentially deliver chemicals to lower parts of our lungs, maybe even across into our circulation in the same way we worry about vehicle emissions.” Professor Kelly, himself, had taken measurements of particles in the air at King’s College: “We have been particularly struck by the high levels of clothing fibers in the atmosphere.”

Another expert, Dr. Welden, was also quoted by the Daily Mail: “I wouldn’t be surprised if they’re not building up in the air in the same way as in the oceans. They will be fragmenting and still not going away”.

Since airborne microplastics have not yet been named as a cause of poor air quality, all kinds of possible measures fail to be taken into account. In particular, a lot could be achieved by tackling the loss of fibers from synthetic clothing and materials.

Read more: How damaging is breathing in microplastics. 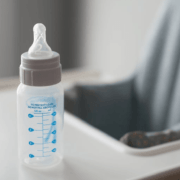 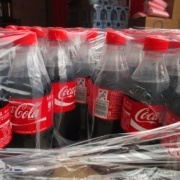