Brussels/Amsterdam, May 28, 2018 — The European Commission is fighting the plastic soup. The proposal for a separate Directive that was presented in Brussels today is a step in the right direction, but one that does not go far enough.

Europe is taking on Single Use Plastics (SUP). Several plastic products, such as disposable cutlery, stirrers, cotton earbuds, and straws, will be banned entirely under the proposed document. For these products, alternatives exist. Other plastic products will be labeled to inform buyers, and still others must be designed better.

Producers will be held accountable for the disposal phase of their SUP products; in 2025, 90% of plastic bottles must be collected by their manufacturers. The European Commission considers this feasible with the implementation of deposit schemes. Producers will also have to pay for cleaning up stray plastic, including cigarette filters. These plans are based on the plastic items that are most frequently found on beaches. Additional specific rules are proposed to prevent fishnets from ending up in the ocean permanently.

According to European Commissioner Frans Timmermans, the proposed Directive is incredibly ambitious. It may even be the world’s most ambitious legislative measure to diffuse the plastic crisis. In his own words, “Europe is leading the way”, as he stated during the press conference. Citizens of Europe have given the commission the mandate for this initiative. Timmermans pointed out that 95 percent of Europeans consider measures against SUP necessary and urgent.

No matter how ambitious the proposal may be, the crucial question is whether it is ambitious enough. The banning of even a few plastic products is, above all, a symbolic measure. Large quantities of (unnecessary) plastic packaging, 59% of all plastics, are hardly or not at all restricted in the proposal. No concrete reduction targets have been formulated, and the emphasis is placed on recycling rather than on reduction. There are even more shortcomings. While the commission says that people’s health is an important starting point, there is nothing presented about reducing harmful chemical additives, including hormone-disrupting substances. A proposal for a European tax on plastic is also missing; any tax measures are left to the Member States to decide upon.

Read the press release about the Directive here and see a summary of the press conference here. 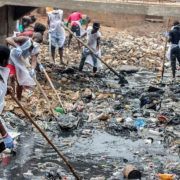 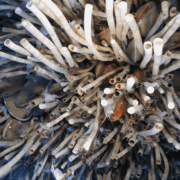