You are here: News European tax on plastic misses the point

Amsterdam, 29 May 2018 – The European Commission presented its proposal yesterday for a new Directive to reduce certain types of plastic and their negative impact on the environment. The proposal points to the need to reduce Single Use Plastic (SUP) but does not include reduction goals. One major shortcoming of the proposal is that it does not include any financial instruments to make reduction a reality.

At the start of this year, European Commissioner Oettinger for Budget and Human Resources announced a “plastic tax”. The Plastic Strategy, that was published shortly thereafter, revealed that the feasibility of this plan still had to be assessed. The proposal that was published yesterday makes no mention of a European tax on plastic.

Tax on the use of new plastic throughout the European Union would be an effective tool. On the one hand, it would make new plastic more expensive to produce while, on the other hand, making it more attractive to recycle old plastic.

Despite this, the Euro Commission recently announced a different tax on plastic in line with the new European budget. This tax is everything but an EU wide tax as was originally intended. Instead, it proposes that every member state pay € 0.80 to Europe for every kilo of non-recyclable packaging.

This proposal misses the point entirely and will not lead to a reduction in the use of plastic and tackling the plastic soup. The emphasis on reducing plastic has now been shifted from production to recycling. Producers of plastic can simply keep on producing it. And who will end up paying for plastic? Tax payers and not producers who are responsible for this plastic in the first place. Furthermore, packaging makes up only 40% of all the plastic produced.

Bas Eickhout (member of the GroenLinks party) European Member of Parliament started a campaign for a tax on plastic that will reduce plastic production. Sign the petition here.

Increasingly, plastic waste is shredded and sold as fuel. It is a shortcut to get rid of plastic waste under the guise of recycling.

A new law in the U.S. must protect the ocean from plastic. The law only looks at waste management and not at plastic production. As a result, this law will overshoot its goal.

The average American uses so much plastic every year that the country contributes a lot to the plastic soup, even though it is collected. Also, what is counted as recycling can end up in the environment. 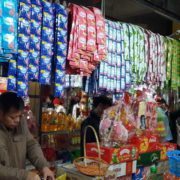 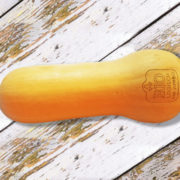 Jumbo embraces natural branding
Scroll to top
This site uses cookies. By continuing to browse the site, you are agreeing to our use of cookies. Learn more