You are here: News The big battle – recycling or reducing plastic

Amsterdam, 22 June 2018 –  Several multinational companies have set goals recently on how to deal with plastic pollution that they themselves have caused with their single-use packaging. The goals have one striking similarity, whether they are set by McDonald’s , Procter & Gamble, Unilever or Coca-Cola – they all pledge that 100% of their packaging will be made of reusable, compostable or recycled materials by 2025 or 2030.

What they do not say is that they can continue with infinite uses of plastic packaging. They also do not give any guarantee that no plastic packaging will end up in the environment anymore.

Take Starbucks as an example. As early as 2008, Starbucks promised that 100% of its coffee cups would be either reused or recycled by 2015. Ten years later most of its four billion cups end up in landfills and elsewhere worldwide. The plastic coating of the cups is hardly recyclable and there is no system to collect the used cups. Furthermore, for the plastic soup, it is irrelevant whether the cups are made of recycled materials or not.

The only real solution to tackling plastic pollution is to dramatically reduce or ban the use of single-use plastic packaging. For Starbucks, the real solution is simple – get rid of the disposable cup and pour coffee into customers’ own personal cups or place a deposit on the cups so that they can be returned and reused.

While on the one hand countries are announcing bans on single-use plastics – see the recent initiatives of the European Union and India – other governments are allowing themselves to be deceived by the distraction manoeuvre of industry. Australian environment ministers, for example, recently declared that all Australian packaging must be recyclable, compostable or reusable by 2025. It is astonishing that these goals will be carried out by the Australian Packaging Covenant Organisation whose members include 950 packaging companies. 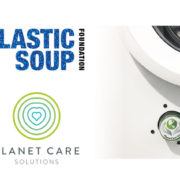 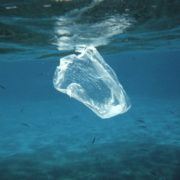 Who will free the Mediterranean Sea of the plastic soup?
Scroll to top