You are here: News Who will free the Mediterranean Sea of the plastic soup?

Who will free the Mediterranean Sea of the plastic soup?

Amsterdam, 23 June 2018 – The most polluted seas in the world are the enclosed seas. On World Environment Day, the World Wildlife Fund (WWF) published a report about the plastic soup in the Mediterranean Sea. The WWF concludes that the concentration of microplastics is four times higher here than the highest concentration in the Pacific Ocean. The plastic that leaks into the Mediterranean Sea remains there forever, trapped in the enclosed sea.

Economic sectors such as the fisheries and tourism are experiencing increasing levels of plastic pollution, even as they themselves are contributing to it. The fisheries are facing about 62 million Euros of damage caused by falling fish catches and damage to boats. Half of all sea turtles have plastic in their stomachs. For tuna, this is one of five tuna. 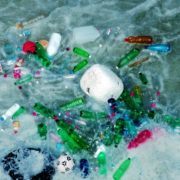 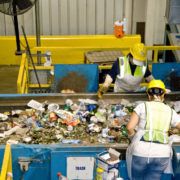 Employers in construction and plastics industries at higher risk of health ...
Scroll to top