You are here: News McDonald’s says goodbye to plastic straw

Amsterdam, 13 July 2018 – SumOfUs.org campaigned against the plastic straws of McDonald’s and collected more than half a million signatures. At the end of May, the European Commission proposed to ban plastic straws, because alternatives are available. More and more customers worldwide refuse the straws of McDonald’s. The fast-food giant that uses 1.8 million daily straws in the UK alone, could no longer withstand the pressure.

Mid-July, McDonald’s announced that next year all 1361 branches in the UK and Ireland will use paper straw only. The first restaurants make the change as early as September. Later this year, McDonald’s will be testing alternatives for the plastic straw in a limited number of restaurants in the United States, France, Sweden, Norway and Australia. How long it will take until the 36,000 restaurants outside the UK have switched is unclear according to the Guardian. Vice president of McDonalds Francesca DeBiase said: “McDonald’s is committed to using our scale for good and working to find sustainable solutions for plastic straws globally”.

According to Algemeen Dagblad all restaurants in the Netherlands will have abolished plastic straws next year.

Why did it take so much external pressure before the fast-food chain changed its policy? That question is not hard to answer; the production costs of plastic straws are lower than those of the desired alternatives. However, the disadvantages of reputational damage now surpass the benefits of lower costs. By abolishing plastic straws before a possible legal ban, the company can still claim to have the desire to achieve sustainability goals on its own initiative. That’s what is happening now.

Maria Westerbos, Director of the Plastic Soup Foundation: “We are very pleased that McDonald’s says goodbye to the plastic straw. This straw, which is discarded immediately after use and massively spreads into the environment, is one of the symbols of the plastic soup. The step that McDonald’s is now taking shows that it does indeed pay off to put pressure on these types of companies.” 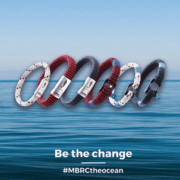 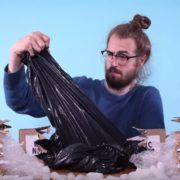 FRANCOBLOGGO II: Plastic at the supermarket
Scroll to top