Amsterdam, 29 August 2018 – Possible hazards of marine microplastics are increasingly brought to our attention. A recently published outline study in Marine Pollution Bulletin mapped these potential hazards with respect to food safety and health. As plastics break up into ever smaller particles, their concentration in the environment continuously increases. The presence of microplastics in many types of fish and shellfish has already been demonstrated. Laboratory experiments show that marine organisms exposed to relatively high concentrations may suffer health problems, including reduced fertility and damage to the gastrointestinal tract. Should these effects also occur in organisms in the environment, microplastics could have negative consequences for marine populations and ecosystems. The researchers point out that the food supply for humans may then also be threatened.

We as humans are not only exposed to micro plastics by consuming fish and shellfish. They are in the air we breathe and in products we use, such as beer, honey, salt and tap water. The smallest microplastics are potentially capable of leaving the gastrointestinal tract and entering the so-called lymphatic and cardiovascular system. As a result, microplastics could spread throughout the body, including the organs. At these locations microplastics can then cause damage to cells.

There are also other possible health risks related to micro plastics. Chemicals added to plastics during the production process may leak from the plastics at a later stage. And organic toxins, present in the environment, attach themselves to plastic like iron to a magnet. Furthermore, the presence of bacteria, including potential pathogens, on plastic has been demonstrated. Especially in areas with a lot of plastic waste and poor sanitation this can have major consequences.

There is therefore every reason to consider microplastics as a possible threat to public health. However, there is a lot of uncertainty. For example, no methods are so far available to measure the smallest microplastic particles, which makes it therefore impossible to determine to what extent we are exposed. In addition, there is still scientific uncertainty about the question of whether the microplastics that enter our body actually cause health problems.

The recommendations of the authors include: a risk analysis on food safety, further studies on the toxicity of microplastics, and improving techniques to detect the smallest microplastic particles in particular.

Also read: How damaging is breathing in microplastics? 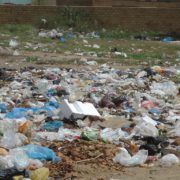 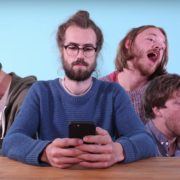