Amsterdam, 28 September 2018 – France is one of the countries at the forefront in the fight against the plastic soup. Two years ago it banned the thin plastic bag. Not long after the ban on disposable tableware per 2020 was issued. Last summer drinking straws and plastic stirrers were banned and on 14 September the law was tightened even further, according to a report in Le Monde.  Now the availability of plastic containers and disposable articles in schools, universities and day-care centres is also prohibited per 1 January 2020. The measure benefits the environment, but is a thorn in the side of the European PET industry because of turnover losses.

The PET industry in Europe is represented by Petcore Europe and PET Sheet Europe. Together they have published a press release which states that the latest adaptation of the French law is in conflict with European legislation, in particular with the right to bring packaging onto the market and with the free movement of goods. Europe must first have its legal framework in order, before an individual country can pass such a ban. Whether this reasoning holds, is to be decided by lawyers.

In addition, the press release offers a sobering glimpse of how an industry that is increasingly under pressure, responds to Government measures to ban single-use plastics. The PET industry claims to be committed to the environment, but promotes a different solution. PET can be recycled optimally and the PET industry therefore urgently calls on European legislators to introduce a well-functioning system for the collection of plastic packaging “in order to close the loop”. The underlying idea is that PET can then continue to be produced without limits.

It really says: “the loop must be closed”. The PET industry is well aware that this is impossible, but does not breathe a word about it. For example, if clothing that is made from used PET, such as fleece sweaters, is machine washed and dried, plastic microfibres are produced. These are consequently transported with the waste water and can no longer be filtered out. The European Mermaids Life+ study revealed that the average release is 9 million fibres per wash. The PET industry is co-responsible for this great source of pollution and does precisely nothing.

Maria Westerbos, Director of the Plastic Soup Foundation: “Petcore Europe and PET Sheet Europe should be ashamed. They do everything to maintain a polluting production system as long as they possibly can. It is high time that the European Union enforces mandatory reduction measures and also takes into account the adverse effects of recycling, such as the microfibres from clothing that is made of PET. But of course: cheers for daredevil France, which once more sets the right example. “ 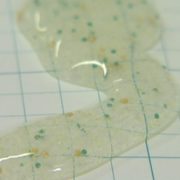 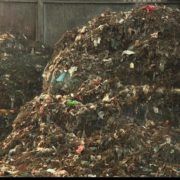 Plastic soup on land: agricultural compost is polluted with plastic
Scroll to top
This site uses cookies. By continuing to browse the site, you are agreeing to our use of cookies. Learn more