You are here: News Plastic soup on land: agricultural compost is polluted with plastic

Plastic soup on land: agricultural compost is polluted with plastic

Amsterdam, 29 September 2018 – The Dutch regulations do not consider plastic waste as an emission problematic to the environment. As a result, plastic soup also occurs on land. Farmers buy compost that is contaminated with small pieces of plastic and pollute their own ground. The main cause is that green waste handed in by consumers is often polluted with plastic: composting companies cannot remove all of this plastic. Verge clippings polluted with litter are also mentioned as a cause.

A farmer from Abbenes, North Holland, is very concerned about this plastic in the compost. He has now stopped using it to improve the fertility of his soil. NH News reported about the farmer and found that the law allows a maximum of five kilos of plastic in 1000 kilos of compost.

The legal quality requirements for compost are laid down in the Implementation Order Manure Law, but in practice these requirements do not prevent large amounts of (micro)plastics being present in compost. Clear Government rules with a control and enforcement system are lacking. The Trade Association Organic Residues (BVOR) uses the hallmark Keurcompost. This hallmark has three quality categories (A, B, and C) that have different standards for contaminants like glass and plastic. All three categories are stricter than the Dutch laws. According to the sector only the classes A and B should be used as organic soil improver as from 1 January 2017. But even the Keurcompost hallmark still allows 0.05% pollution in every 1000 kilos of the strictest variant of quality compost: that is half a kilo of plastic chips.

In fact, far worse quality compost appears to be on sale than the quality recommended by the sector. For the time being there is no legal framework to regulate this. In addition, there is no knowledge whatsoever about the presence of microplastics.

At the beginning of this year German researchers warned that microplastics on land are an underexposed problem and can eventually lead to greater damage than the plastic in the sea. They found microplastics on agricultural land all over the world.

Even earlier, in 2015, PSF pleaded for a legal standard for plastic leakage to the environment, then following diaper plastic in compost.

Photo: Mountain of plastic taken out of green waste by a composting company. 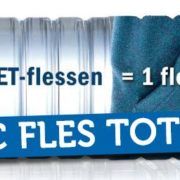 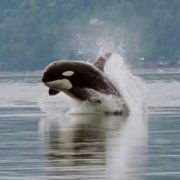 No orcas left due to PCBs
Scroll to top