You are here: News Trophic transfer of microplastics in seals confirmed

To research the trophic transfer of microplastics, four captive grey seals were fed with mackerel caught off the English coast. The digestive tracts of 31 mackerels were examined to gain an impression of the presence of microplastics. The faeces of the seals were also collected twice a week for 16 weeks and examined for the presence of microplastics. The types of plastic that were found in the mackerel and the faeces showed significant overlap, with ethylene propylene the most commonly occurring type of plastic. There were some differences too, however. Ten of the 31 mackerels had 18 types of microplastics, 72% of which were plastic fibres and 28% small plastic fragments. In 15 of the 31 faeces, 26 microplastics were found, mostly consisting of small plastic fragments (69%) and, to a lesser degree, plastic fibres (31%).

The most important explanation for the differences is that the mackerel whose digestive tracts were examined were not the mackerel that were fed to the seals. Direct ingestion of the microplastics is unlikely as the seals had already resided in the centre for four years and were thus not recently exposed to plastic debris in the ocean. The researchers therefore concluded that this research confirms the trophic transfer of microplastics in seals.

The potential effects of the microplastics on the seals was also discussed. Previous research showed that microplastics in the digestive system reduces nutrition absorption, energy reserves and reproduction which could have a negative impact on the animals. Whether this also applies to seals is not known. Further, during the production process, added chemicals and organic substances that later attach to the plastic in the water may also have negative effects on the health of seals. Finally, the authors state the possible effects on human health. We too consume marine animals are thus exposed to microplastics through the trophic transfer. A recent survey mapped the potential health hazards of microplastics for humans. 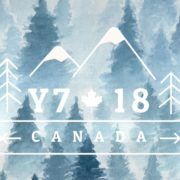 G7 Youth calls for intensifying the international battle against the plastic...
Scroll to top