Strasbourg, 25 October 2018 – Yesterday in the European Parliament an overwhelming majority voted in favour of a considerable reduction of single-use plastics. More than 87 percent (571 Members of Parliament) brought out a positive vote. In a ground-breaking decision, manufacturers of plastic packaging, cigarettes and fishing nets will have to contribute to the cost of cleaning up their waste. So far, these costs were passed on to the society. From now on manufacturers will be held responsible for the pollution caused by their products.

The European Parliament went even further than the European Commission’s proposal earlier this year. EU Commissioner Frans Timmermans, among others, often spoke out in favour of the so-called Plastics Strategy and was awarded the Plastic Soup Foundation’s ‘Politieke Pluim’ (Political Compliment) last week. 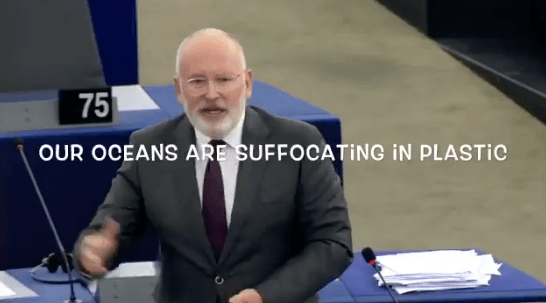 Firstly, the measures contain a ban starting 2021 on the single-use plastics that are found to be the most common litter in the seas, such as plates, cutlery, straws, balloon sticks and cotton swabs. Parliament has expanded this list to include products of oxygen-degradable plastic and expanded polystyrene (such as fast-food boxes). In addition, Member States must draw up national plans to encourage multiple use or recycling. Other types of plastics that can be recycled, such as drinking bottles, must be collected and recycled, with a target of 90 percent in 2025. Reaching this target is only feasible if deposit systems are introduced or extended.

Reduction targets have also been established for cigarette butts because these also contain plastic. Waste from tobacco products should be reduced by 50 percent in 2025 and by 80 percent in 2030. Furthermore, Member States must ensure that annually at least 50 percent of lost fishing nets are collected. Fishing nets are responsible for 27 percent of the waste that is found on European beaches.

Jeroen Dagevos, head of programmes at the Plastic Soup Foundation, welcomes the European decision: “I’m pleased that the European Parliament has taken this decision. It is a good first step. Now, firm action is required to stop the growth of plastic production.”

Next week the environment ministers of the EU Member States will speak about the legislative text, after which this will go through European Parliament once more and will then finally be presented to the European government leaders for approval. 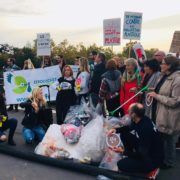 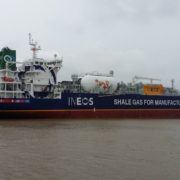