You are here: News Endless varieties of wildlife consuming and defecating plastic

Amsterdam, 27 November 2018 – Dutch researchers determined in 2015 already that the number of marine species affected by plastic either through swallowing it, or becoming entangled in it, had doubled since 1997: from a registered total of 267 to 557. In 2018, National Geographic reported this number as being around the 700. These numbers are, however, no reflection on the actual number of (marine) creatures impeded in any way by plastic. It merely reports on the number of varieties that were scientifically researched.

Do fresh water fish in the Amazon also ingest plastic? Until recently, this was an unanswered question because no research had ever been done. This is no longer the case and a total of sixteen varieties of fish in the River Xingu (Brazil) have since been scientifically researched. Thirteen varieties were found to contain microplastics – that’s 80%. A total of 172 fish were dissected and 96 pieces of plastic were retrieved from the stomachs of 45 fish. The most frequently occurring type of plastic was polyethylene. You can read the article from the magazine Environmental Pollution here. Scientists are alarmed that plastic pollution turns out to be widespread in the Amazon basin.

The fact that three varieties of fish held no plastic is no real indication that these fish are free of all plastic. It could just be coincidence that those examples just happened not to contain anything. If more examples of these three particular varieties of fish were examined it could easily transpire that they too have plastics in their innards.

Other than stomach contents, faeces is also a good indicator for the presence of microplastics. It transpires that practically all species, whenever researched, contain plastic in their poop. Not only humans but South American Fur Seals in the wild (a Science Direct item) or seabirds (as reported in Science of the Total Environment).

It’s gradually approaching the stage when there is no longer any point in tallying the numbers of creatures affected by plastic, but we must find proper scientific answers to the following: Which of the world’s species can we reasonably assume are not in any way touched by plastic, do not become entangled in it, neither ingest nor defecate it? Because the answer will indubitably be: horrendously few. 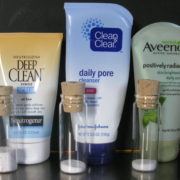 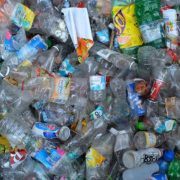 The advance towards EU taxing on virgin plastic
Scroll to top