You are here: News From plastic soup to plastic poop

From plastic soup to plastic poop

Amsterdam, 1 November 2018 – The knowledge that microplastics are present in every aspect of our lives has almost become common knowledge. Microplastics have been discovered everywhere, in water, air and soil and in fish and seafood, honey, salt and beer. With the widespread presence of microplastics, it is not surprising that they are also present in human faeces.

On the 23rd of October, Austrian researchers presented their findings during a congress in Vienna. They discovered, on average, twenty pieces of plastic per ten grams of faeces and they found nine different types of plastic in total, in the stool samples. The faeces of the eight participants, all from different countries, were sampled. All stool samples contained microplastics. The most frequently discovered plastics were polypropene (PP) and polyethylene terephthalate (PET); plastics commonly used in packaging.

Pieces of microplastics, with a size between 50 and 500 micrometre, were excreted in the human faeces, but it is still unclear if even smaller pieces remain in the human body. The smallest pieces microplastics can cross the wall of the gastrointestinal tract, enter the blood stream or tissues and cause an inflammatory reaction. How exactly the plastics entered the digestive tract of the subjects was not part of the research. However, all the subjects had eaten food that had been packed in plastic. Furthermore, drinks containing microplastics could also be a possible source.

An interview with Jeroen Dagevos of the Plastic Soup Foundation is available on the site of Talk Radio. Maria Westerbos, director van de Plastic Soup Foundation: “For sometime, it has been suspected that plastics could be present in human faeces. But main issue has to be, what the effect of microplastics is on the human body. It is therefore extremely urgent that, firstly, the research in the health effects continues and, secondly, as a precaution the use of plastics is reduced.”

Also read: How damaging is breathing in microplastics 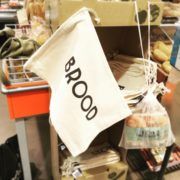 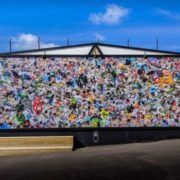 Over 30 kilos of plastic waste per person a year and barely recycled
Scroll to top
This site uses cookies. By continuing to browse the site, you are agreeing to our use of cookies. Learn more