You are here: News Greenpeace torpedoes plans of multinationals to curb plastic soup

Amsterdam, 14 November 2018 – Greenpeace exposes the falsehoods in the plans and actions of multinationals to curb the plastic soup. Eleven multinational companies active in the sector of fast-moving consumer goods, have been vetted by the environmental organization. The companies are the biggest in the sector: Coca-Cola, Colgate-Palmolive, Johnson-Johnson, Procter&Gamble, Mars Incorporated, PepsiCo, Nestlé, Unilever, Mondelez International, Danone and KraftHeinz. None of these companies has formulated policy to reduce their total amount of packaging plastic. On the contrary, all plans presented so far allow unrestrained growth of single-use packaging plastic.

This is the Greenpeace conclusion in the recently published report ‘A crisis of convenience’. The consumer society has led to the environmental problem of the plastic soup. About 40 percent of all the plastic that is produced, is packing plastic that is used only once. Much of it ends up in the oceans and is comes from these multinational companies, whose business model is completely based on single-use packaging plastic. In summary their plans to combat the plastic soup consist of three pillars:

Greenpeace believes that the intention to reduce the weight per plastic packaging is no indication whatsoever of the total amount of packaging plastic that the multinationals will use in the future, because meanwhile the number of sold packages constantly increases. The multinationals are found to actually abuse the ‘recycling-will-solve-the-problem’ argument to carry on as they do now. Neither does Greenpeace that the intention to produce 100% recyclable material guarantees that 100% recyclable will indeed be recycled 100%. According to the Greenpeace report recycling as a solution is a myth, because:

The brand audit report, based on the counting of stray plastic on brands in 42 countries, comes to the conclusion that Coca-Cola, PepsiCo, Nestlé and Danone are the biggest polluters. Greenpeace investigated how many single-use plastics the eleven multinationals sold in 2017 and comes to the conclusion that the companies that sold most, were exactly the same as the most polluting companies according to ‘The brand audit report’, even in the same order.

Greenpeace makes the following recommendations to the multinationals to really fight the plastic soup:

Maria Westerbos, Director of the Plastic Soup Foundation: “The Greenpeace report touches on the sore spot. The promises of multinationals are hollow, as they are based on business as usual instead of on really fighting the plastic soup”.

Unilever and the plastic soup 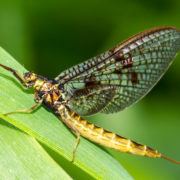 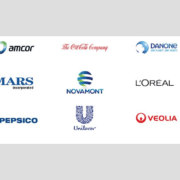 Action multinationals essential to rid the world of Plastic Soup
Scroll to top
This site uses cookies. By continuing to browse the site, you are agreeing to our use of cookies. Learn more