You are here: News Protection from toxic chemicals in plastic fails

Amsterdam, 17 December 2018 – European legislation must ensure that consumers buy only safe products. There is a system to keep dangerous products from the market. Using the Rapid Alert System can national authorities can intervene quickly. In 2017, toys were the category with the most  interventions, as was reported by the European Commission.

A recent alert (Alert number A12/1843/18) concerns a plastic doll with accessories, made in China. Specified reasons to prohibit this toy are the large amount of plasticizers, phthalates DEHP and DBP, in the dolls (“These phthalates may harm the health of children, causing possible damage to the reproductive system”) and that this is not in accordance with REACH. Other countries are informed via the message and this results in the product being taken off the market. The Rapid Alert System has been effective.

REACH (Registration, Evaluation, Authorization and restriction of CHemicals) aims to reduce or ban the use of harmful substances and to promote the use of safer alternatives. Hazardous substances are referred to as substances of very high concern (SVHCs) and are placed on a list. The plasticizer DEHP is such an SVHC and has already been on this list since 2008.

However, companies can, in their turn, submit a request for permission to continue to produce or apply a SVHC in special cases anyway. In anticipation of that decision they are not required to stop their production. The problem is that the procedures may take years before a final decision is reached, while all this time harmful substances are being released.

In 2013, the Czech company DEZA put in a request to be allowed to continue to produce and use the plasticizer DEHP. The decision about that request will probably finally be made next week. Meanwhile, this company has also made appeals against ECHA (European Chemicals Agency) with the result that the procedure was delayed and, consequently, also procedures on other dangerous chemicals. This was found in an analysis by Politico: an American journalistic enterprise in the United States.

There is heavy criticism of companies that go to court with the intention to be able to continue to use dangerous substances. Last year, for example, PlasticsEurope, the lobby organisation of the European plastic industry, took the European Union to court to have BPA taken off the SVHC list, see this report from Euobserver. BPA is a hormone disrupting substance that still is widely added to plastic products.

There is also heavy criticism on the internal procedures of ECHA and REACH, because requests for exceptions do not only exceed a reasonable length, but nearly always are approved, whereas much safer alternatives are available. In the meantime, scientific evidence on the harmfulness of toxic chemicals also increases.

For more information read the overview Harmful Chemicals in Plastic: How They Still   permitted in the EU? compiled by the European Environmental Bureau.

Photo: Plastic doll made in China banned from the EU market 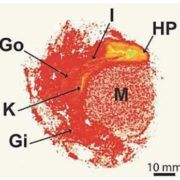