You are here: News The worldwide revolt against plastic beats the industry

The worldwide revolt against plastic beats the industry

Amsterdam, 27 November 2018 – The Guardian published a well researched and extensive long read, which analyzes the current worldwide revolt against plastic. In the last few years, people realised that the plastic soup crisis is one of the larger environmental problems of our day, which has to be solved. According to the writer, this realisation occurred after the public outrage of the use of microbeads in cosmetics; oddly enough, he does not refer to the success of the 2012 campaign Beat the Microbead, started by the Plastic Soup Foundation. Consumers didn’t want be complicit in the plastic soup crisis, through a simple act such as washing your hair, just because producers replaced the natural ingredients in shampoos and shrubs by the much cheaper microplastics.

What is the core problem?

For several decades, an alliance of several different, plastic related industries has countered all problems regarding plastic waste with a strategy primarily based on the continued production and increased sales of plastics. According to the Guardian article this is a two-part strategy.

But the public recognizes the simplistic ideas behind this strategy and does not accept it anymore, and what is more the public has also convinced their governments. This has finally resulted in a ban on certain plastics products and governments will increasingly place the responsibility of the plastic waste back on the shoulders of the plastic producers.

The author points out a paradox in his article: while we are aware of the seriousness of the problem, we also realize the difficulty and complexity in solving plastic soup crisis. The important players in the plastic industry, for instance, are globally organized and thus difficult to regulate. However, never before has there been such a momentum to take care of the plastic soup crisis. 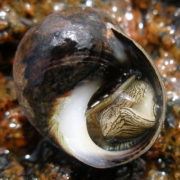 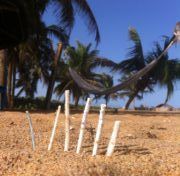