You are here: News Berkeley (US) shows us how it’s done

Berkeley (US) shows us how it’s done

Amsterdam, January 31st 2019 – Berkeley, California adopted the Single-Use Disposable Foodware and Litter Reduction Ordinance this month, and is now the first American city with a comprehensive plan to reduce waste from single-use plastics. In the City of Berkeley alone, approximately forty million on-the-go cups are discarded on an annual basis. Not anymore one year from now, when all plastic containers, utensils and cups should have been banned from the city. They will have been replaced by compostable alternatives. As of the summer of 2020, restaurants will only be allowed to offer reusable tableware and utensils.

But that’s not all. Berkeley also wants to reduce the amount of residual waste. A surcharge of 25 dollar cents per single-use on-the-go cup, even if compostable, will be introduced to that end. Companies are allowed to keep the 25-cent surcharge as a financial compensation for more expensive alternatives. The surcharge is also meant as an incentive for customers to bring their own cups.

Up till now, policy has been aimed at banning certain items. In the United States bans mostly concern drinking straws, plastic bags and polystyrene containers, while total usage of single-use plastics continues to increase. Berkeley is now striving for zero waste and has adopted a comprehensive plan to achieve this goal. The Berkeley City Council unanimously voted in favour of the plan.

Already now this initiative serves as an inspiring example for many other cities.

Here you can read the article about this initiative in the Los Angeles Times. 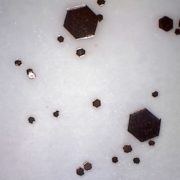 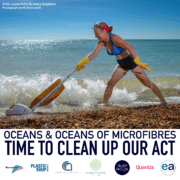