You are here: News Are Dutch supermarkets going to close the plastics value chain, with a first link in Spain?

Are Dutch supermarkets going to close the plastics value chain, with a first link in Spain?

Amsterdam, 28 February 2019 – Plastic users, such as supermarkets, committed themselves with the Plastics Pact to closing the plastics value chain and create a circular economy for plastics. Closing the plastics value chain should prevent plastics from entering the environment. The Dutch supermarkets that signed the pact are Albert Heijn, Jumbo, Lidl, Aldi en Ekoplaza. These companies often import fruit and vegetables from Spain, mainly from Spanish region Almería in Andalusia.

Almería, located on the coast of the Mediterranean Sea in the southeast of Spain, is one of the largest vegetable exporters in Europe. In the period of 2017-2018, the acreage of greenhouses increased with nearly 2% to 31,614 hectares in this region. And unlike the Dutch greenhouses, Spanish greenhouses are not made from glass but from plastic. This plasticulture is nicknamed the plastic sea, ‘Mar de Plástico’, and is one of the few man-made constructions visible from outer space.

So, a lot plastic waste is already created at the start of the production chain. And not just when greenhouses are damaged or destroyed, like during heavy hail storms or tornados. Some growers dump their plastic waste illegally in dry riverbeds; this has dramatic consequences for the plastic soup, because all this plastic washes directly into the sea after heavy rainfall. Spanish environmental organizations made a video of rivers of flowing plastic, which went viral. They demand action from the authorities: enforcement should be increased, recycling facilities expanded and the cleanup of riverbeds prioritized.
By signing the Plastics Pact, Dutch supermarket chains promised to create a circular economy for plastics. But does this promise only apply to their stores in the Netherlands? Or does it also apply to imported products, which are sold in Dutch supermarkets? What changes will these supermarkets make? Will they hold exporters accountable to a certain standard and control them to check if these standards are met? Will they combine their efforts to guarantee that the fruit and vegetables sold in their supermarkets do not add to the Spanish Plastic Soup crisis? Or will they evade their responsibility and declare that their producers are all paragons of plastic recycling?

Maria Westerbos, director of the Plastic Soup Foundation: “We are looking forward to the steps and initiatives that Dutch supermarkets will implement to stop the plastic soup crisis, and not only at the end of the plastics value chain, but especially at the producers’ side of the chain, which is the beginning of this chain.” 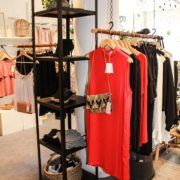 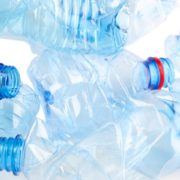 Clarity about the Dutch anti-deposit plan
Scroll to top
This site uses cookies. By continuing to browse the site, you are agreeing to our use of cookies. Learn more