You are here: News Does the Rutte cabinet really want less plastic?

Amsterdam, 6 March 2019 – State Secretary Stientje van Veldhoven (D66) of Infrastructure and Water Management has promised that in 2025 the Netherlands will use 20% less (packaging) plastic than in 2017. Agreements to that effect were made in the Plastic Pact with plastic producing and plastic using companies. However, real plastic producers such as Dow Chemical, Sabic or Borealis, did not sign the Plastic Pact, did not commit to any reduction.

If you want less plastic, you in the first place need to produce less plastic. You would therefore expect the Cabinet to discourage plastic production. The contrary is the case. Not only did they fail to succeed in convincing individual plastic producers to sign the Pact, behind the scenes the cabinet has even been making efforts to bring new plastic factories to the Netherlands

Late last year, the British chemical giant INEOS faced the choice of location for the construction of new plastic factories that use cheap shale gas from the United States as the raw material for pellets. The choice was between Botlek and Antwerp; the construction involved a 3 billion investment. The company eventually opted for Antwerp. Both Belgium and the Netherlands lobbied hard to get the new get plastic factories, according to research by the journalist collective Follow the Money.

The article quotes Adriaan Visser (D66), alderman for major projects in Rotterdam, who in the municipal meeting on 17 January informed the council about the ways used to convince INEOS to choose for Rotterdam: “I can honestly say that we have done everything in our power to achieve this. And we did not stand alone. The port authority, VNO-NCW, the cabinet including the Prime Minister, the Minister for Economic Affairs and Climate Policy and the Netherlands Foreign Investment Agency have also made serious efforts to bring the company to Rotterdam.”

Maria Westerbos, Director of the Plastic Soup Foundation: “The cabinet has engaged in double‑speak, a cardinal sin in politics. We want clarity. If the cabinet promises us less plastic, it must first ensure that less plastic is produced, on Dutch territory to begin with. The fact that lobbying for more plastic goes on behind the scenes, nourishes the thought that the Plastic Pact is nothing more than a greenwash-operation for the stage.” 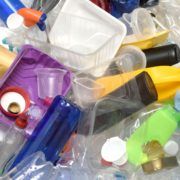 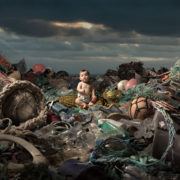