You are here: News Sustainable Development Goals and fighting the plastic soup

Amsterdam/Washington D.C. – When the United Nations adopted the Agenda for Sustainable Development and its 17 Sustainable Development Goals (SDGs) in 2015, the fight against plastic pollution was not recognized as a separate SDG. Following “The Honolulu Commitment” of 2011 it was presented as a marine debris problem. Plastic pollution was not yet conceived to compromise freshwater environments, land or human health. SDG target 14.1, with its focus on on reduction of marine pollution of all kinds, was therefore often referred to when combatting international plastic pollution. In the meantime, however, our insights have increased significantly.

The Plastic Soup Foundation, together with an international coalition of NGOs united in the Break Free From Plastic movement, argue that it is not SDG 14 that has to be taken as the starting point for strengthening international governance structures to fight plastic pollution. The world should instead (also) concentrate on SDG 3 (Health and well-being) and SDG 12 (Sustainable consumption and production) in order to prioritize real solutions that address the problem at its core.

This changed focus implies that the world has to address the pollution caused by plastic throughout its entire lifecycle, and that the initial focus should be to realize an absolute reduction in plastic production in order to avoid and prevent plastic from entering the environment and imposing health risks. The world must refute the solutions of the multinational firms that are promising 100% recyclable packaging, using recycled material to replace new plastic and to reduce the amount of plastic per product. These solutions, which are often followed by national governments when determining policy, simply allow business as usual, in other words: an unlimited growth of plastic, especially single use plastic packaging.

Unfortunately, the fight against plastic pollution is not a separate SDG. However, the SDGs do offer a framework for action when putting emphasis on SDG 14 as well as SDG 3 and SDG 12. A new global convention should be drafted to prevent both growth in plastics pollution and harm to human health at all phases of the production cycle. 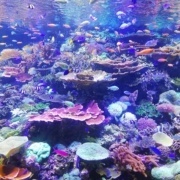 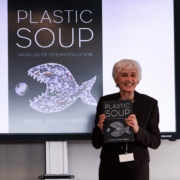