You are here: News The plus supermarket is messing with the European ban on plastic cutlery

Amsterdam, 23 May 2019 – The EU has banned the sale of disposable plastic, knives, forks, spoons etc. across all member states. This measure was taken as a new directive on single use plastic products. This directive, officially called Reducing the Effects of Specific Plastic Products on the Environment, has finally been endorsed, now that the European Council has agreed to the wording. The sale of plastic cutlery will be illegal from 2021. PLUS Super is already circumventing this ban by promoting their plastic cutlery as suitable for re-use and environmentally friendly.

Background to this directive

In order to damn the increasing flow of plastic waste, the EU has agreed to new law forbidding the use of particular items when there is an obvious alternative. This concerns items often found in the environment, such as throw-away cutlery. Plastic knives, forks and spoons etc. are especially found near picnic sites like parks and beaches. The reasoning behind the directive is to eventually, totally remove, items that are generally just thrown away after only one or two uses, from the whole system. This is why there is to be a total ban on selling them at all, from 2021.

PLUS Super marketeers have thought of a trick to circumvent the new rules. After all, as long as it’s not broken, you can always wash the item and reuse it, again and again! The PLUS is now advertising their throw-away plastic cutlery as suitable for reuse up to one hundred times.

The PLUS says they are in this way attempting to reduce impact on the environment and cherishes their positive image of socially responsible enterprise. You could then be thinking that PLUS will be removing all plastic cutlery from their shelves, well in advance of the start of the directive in 2021. Instead, their own brand has been suddenly reclassified as a so-called durable product, particularly beneficial to the environment. The audacity is a travesty. 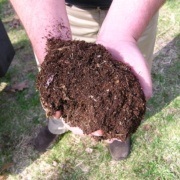 Mopping up with the plastic-soup tap left open….
Scroll to top