You are here: News Plus Supermarket works around the European Ban on single-use plastics

Plus Supermarket works around the European Ban on single-use plastics

Amsterdam, May 23, 2019 — Europe forbids its member-states from selling single-use plastic cutlery (forks, knives, spoons, chopsticks). This is one of the measures that ware mentioned in the new guidelines for single-use plastics. The Directive of the European Parliament and of the Council on the Reduction of the Impact of Certain Plastic Products on the Environment, as the guidelines are officially called, was definitively approved this month now that the European Council has also approved of it. Selling disposable cutlery is therefore prohibited as of 2021. Despite this impending ban, the Dutch supermarket PLUS has already found a way to circumvent the prohibition by marketing plastic cutlery as an environmentally friendly “washable” product.
Background of the Directive
In order to prevent the exponentially-increasing amount of plastic in the environment, Europe has adopted new rules. These new rules prohibit the use of certain single-use products if there are alternatives. The prohibited products are those which are often found in the environment, such as disposable cutlery; plastic forks, spoons, and knives are often found in places where people picnic, such as on beaches and in parks. The new regulation seeks to eliminate plastic products that are usually thrown away after being used just once or twice — they may no longer be sold as of 2021.
PLUS Supermarket
PLUS Supermarket’s marketers claim that the company is striving to minimize its impact on the environment and touts its corporate social responsibility program. One might, therefore, expect that PLUS brand plastic cutlery — in anticipation of the forthcoming plastic ban — would be removed from shelves. Instead, the brand is suddenly presenting their plastic cutlery as a “sustainable” product that would benefit the environment. It is an embarrassment. 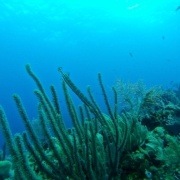 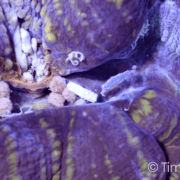