You are here: News Microplastics found in 119 detergent brands

Amsterdam, July 3 2019 – In Austria, an environmental (GLOBAL 2000) and a consumer organisation (AK OÖ) together tested 300 detergents for microplastics. In 119 detergents microplastics (> 50 μm) were found. Not just the lists of ingredients were examined, but also 36 samples were tested for microplastic contents in a laboratory.

The results were compared with the list of 520 polymers published by ECHA early 2019 (Annex XV Restriction Report). It is expected that these polymers will be banned from the European Union next year. Already during the investigation some supermarket chains committed to removing the so-called “microbeads” from their home brands.  The report, Test Plastik in Waschmitteln, welcomes this step, but also calls for a ban of all added microplastics – including the liquids.

The European chemicals agency ECHA has proposed to ban from the European Union all purposely added microplastics in detergents in 2020. However, this proposal will probably not include plastics in solved or liquid form. Is it unclear to what extend these liquid polymers are biodegradable. The report therefore calls for inclusion of liquid plastics on the list of ingredients to be banned. The report shows that there are plenty of brands that can do without.

Unlike with cosmetics, manufacturers of detergents are not obliged to list all ingredients on product packaging. European legislation permits reference to a website for a complete list of ingredients by product. The investigators note that this form of information is both tedious and flawed. They call for legislation that ensures that in all cases all ingredients are listed on packaging, just like with personal care products.

Read more
We eat, drink and breathe more than 100,000 microplastics per year 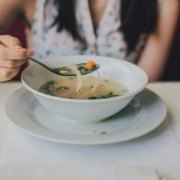 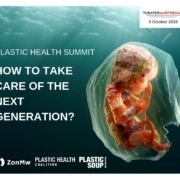 The first Plastic Health Summit in the world
Scroll to top