Amsterdam, 8 August 2019 – Coca-Cola has announced that no bottle or can with their brand should be left as litter in the environment. The company says that one hundred percent of their packaging, from all over the world, must be returned for recycling. The message is on every package or cap: “help us recycle” or “please recycle”. But in practice you find discarded Coca-Cola packaging wherever you go. This summer, Coca-Cola Netherlands is running a campaign called “Let’s not waste this Summer”. The company is calling for people to stop buying Coca-Cola if they will not help to recycle the packaging. However, more is needed than these empty words. Therefore, the Zwerfinator has also started a campaign: to map discarded Coca-Cola packaging with the Litterati app.

What is the point of indicating on each bottle or can that it should be recycled, when you know that many people will simply dump it somewhere? Coca-Cola has known this for decades. The reason is simple. In this way, the consumer is made responsible for the litter from Coca-Cola and the company can lead us to believe that sustainability is a top priority for them. But it’s misleading, because the company takes no responsibility for the huge amount of used and worthless Coca-Cola packaging. What would help is the introduction of a container deposit (statiegeld) on small bottles and cans. Because as soon as packaging has value, it will be returned for recycling. But we don’t hear Coca-Cola discussing this. In their summer campaign, Coca-Cola does not even mention statiegeld.

Dirk Groot, a full-time litter collector known as the Zwerfinator, has also started a campaign this summer and everyone can participate: Operation #CCRF. He wants to map just how much Coca-Cola packaging ends up in the environment, despite all the best intentions. These items show that the 100% recycling target is but an empty promise. Joining the campaign is very simple: if you find a can, bottle or cap from Coca-Cola with the request to recycle printed on it, pick it up and take a picture using the Litterati app. Then tag the photo in the app with #CCRF. That’s all you need to do; the Zwerfinator places all found items on a map and regularly updates social media – and of course will also inform Coca-Cola. Watch the video here:

The Zwerfinator has in recent years mapped more than 230,000 litter items (of all brands) using the Litterati app. The more photos, the better the insight into the Coca-Cola Recycling Fail (CCRF). So join in – the campaign has just begun and dozens of people in the Netherlands and abroad are already involved. 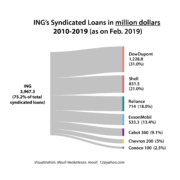 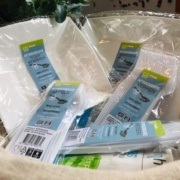 A minus point for PLUS supermarket
Scroll to top