You are here: News Does plastic make us sick? Contact with microplastics may lead to immune cell death.

Does plastic make us sick? Contact with microplastics may lead to immune cell death.

Amsterdam, October 25, 2019 – When immune cells attack microplastics, the immune cells die. Nienke Vrisekoop, assistant professor at UMC (University Medical Center) Utrecht, investigated the response of human immune cells to microplastics of various sizes. She presented the first results of her research at the Plastic Health Summit held in Amsterdam earlier this month. Her research is one of the fifteen short-term research projects on plastic and human health that have been made possible by grants from ZonMw.

What does this mean for human health?

Vrisekoop’s research focused on how the human immune system reacts to foreign microplastics. She used human immune cells from blood and added fluorescent microplastics of different sizes (1μm and 10μm) to a petri dish, with or without a coating. The coating consisted of blood components that bind to the plastic.

Vriesekoop remarked to Utrecht.nieuws.nl that her research presented a “disturbing image” and that she could “[…] imagine that this would lead to an inflammatory response within the body, one wherein the immune system makes and directs more immune cells towards microplastics”. For more information, see this NOS story about the study.

Read more
Should you throw away your polyester fleece? 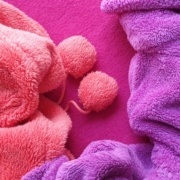 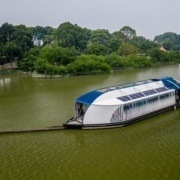 Ocean Cleanup goes to the rivers
Scroll to top