You are here: News The Zwerfinator comes 1st in ‘Sustainable Top 100”

Amsterdam, 12 October 2019 – The Plastic Soup Foundation congratulates Dirk Groot, a.k.a. the Zwerfinator, for achieving the first place in the sustainable top 100. Every year, the newspaper Trouw publishes a list of the most influential sustainable people. This year it focuses on the hundred most influential sustainable citizens’ initiatives. According to the jury, the counts of the country’s best-known litter picker have a demonstrable influence on the government’s policy.

Dirk Groot has been researching litter in a very effective way since 2016. Not only does he pick up litter as the Zwerfinator, but he also registers every item with the Litterati app. Thanks to a large amount of data, he can determine whether measures are effective and publish the results on his site. All in all, it’s an impressive piece of citizen science. In 2017, Groot argued that the monitoring protocol used by Rijkswaterstaat to assess litter is much less reliable than his own. His finest hour came a few weeks ago when Rijkswaterstaat included his measurements in an important evaluation. This evaluation proved decisive in accelerating the introduction of deposits on small plastic bottles.

No downward trend, but an upward one

The target of reducing the number of plastic bottles in the environment by 70 to 90 percent is not being achieved by the industry. If this were the case, there would be no need to introduce a deposit on small bottles. Meanwhile, the industry has started experimenting with alternative return systems. Additional bins were placed in four shopping centers and local entrepreneurs were encouraged to keep a relatively large area around their shops clean., However, Dirk Groot’s measurements showed that there were no fewer bottles and cans on the streets in the pilot areas than he found on average in other municipalities. So, despite the initiatives to reduce the number of beverage containers in the environment, in practice, there appear to be more and more of them.

At a certain point, Groot wondered what the effect  of the proposed deposit scheme might be (deposits on small plastic bottles, not on other drinks packagings). He put it to the test and walked a thousand kilometers. He found a total of 36,710 beverage containers. Only 19.3% of these (the plastic bottles) would be subject to a deposit. The regulation would, therefore, have little effect on litter. This is why Groot advocates an increase in deposits on, in particular, cans (which account for no less than 62.8% of beverage packaging). He seems to be getting what he wants. A large majority of the Lower House is now in favor of putting a deposit on cans, increasing the chance that this will become a reality. It confirms the verdict of the jury of Trouw: nobody can ignore the data of the Zwerfinator anymore.

Photo: a selfie of the Zwerfinator

Read more
Are we getting sick of burnt plastic? 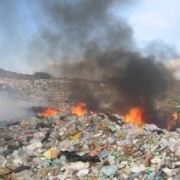 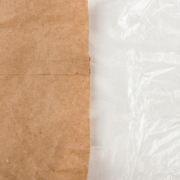