The ingestion of plastic has some very clear and direct consequences for seabirds. For example, plastic can cause digestive blockages and malnutrition. Often a relation is made between the size and mass of the animal and plastics found in the stomach. However, there are also factors of importance that are less visible. Plastics can release toxic chemicals and microplastics can have a negative effect on the digestion of food because they lead to higher concentrations of uric acid, among other things.

As these factors are more difficult to measure, the negative effects of plastic are probably underestimated. Analyzing blood values offers a solution to this problem. The new research focuses specifically on the Australian Shearwater, a seabird that spends a lot of time at sea. The same researchers reported earlier that this species receives the most plastic of all vertebrates in and at sea.

The new research shows clear links between the amount of plastic and some blood levels of the young petrels. More plastic appears to be associated with a lower level of calcium in the blood. This may indicate, among other things, lower fat reserves, reduced absorption of nutrients, thyroid problems and pancreatitis. In addition, the research points to increased values for cholesterol, the amylase enzyme, and uric acid, related to malnutrition, long-term stress, and kidney failure. Finally, it appears that birds with plastic in their stomachs have a significantly lower weight and are smaller in size. The researchers emphasize that these blood levels and the effects are part of a complex system, in which general living conditions also play a role.

Read more
Prohibit plastics? Use the term ‘essential use’! 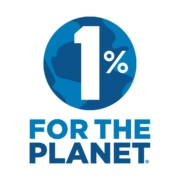