You are here: News Plastic-free airports and flights in Dubai

Plastic-free airports and flights in Dubai

Amsterdam, 10 December 2019 – The two airports of Dubai in the United Arab Emirates will become plastic-free from 1 January. Last June, Dubai International Airport (DXB) and Dubai World Central Airport (DWC), which together account for 90 million passengers per year, announced that they were already banning all single-use plastics. Now, the deed is followed by the word, and airlines follow.

At airports, there are numerous companies that serve passengers with single-use plastics, such as shops and restaurants. In Dubai, there are more than 250 such companies. Of these, 95% support the initiative to replace single-use plastics in phases. These include plastic cutlery, straws, and bags. Interestingly, these companies also include multinationals like McDonalds and Starbucks. When these companies show what they can do at Dubai airports, there is no excuse not to do the same at other airports, even if the initiative for this does not come from the airports.

Meanwhile, Emirates Airlines has announced to reduce single-use plastics on board, such as replacing plastic straws. Plastic bottles are collected for recycling, which is 150,000 per month. Another company from the United Arab Emirates, Etihad Airways, promises to use 80% less single-use plastics by 2022. These companies follow the initiative of the airports but are not the first to offer plastic-free flights. The Portuguese airline Hi Fly made history when it introduced some of the first plastic-free flights a year ago. Now, single-use plastics have been replaced by more sustainable alternatives on all their flights. The Mirpuri Foundation estimates that airlines produce 15 million kilos of plastic once a day or about 150 kilos per plane per day.

Read more
Cheap plastic toys can be dangerous for children 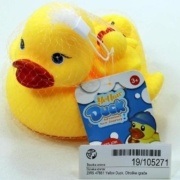 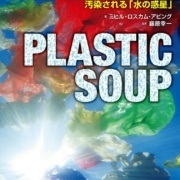