Amsterdam, 23 January 2020 – Plastic pollution is growing over China. The country that produces and uses the most plastic, and also contributes the most to the plastic soup, announced radical measures last Sunday. Two years ago, the country closed all its borders to the import of waste plastic to curb plastic pollution. The measures now follow on logically.

The Chinese commission for national development and reform (NDRC) presented an ambitious plan on 20 January. This year, the production and sale of a number of plastic products will be banned, including disposable cutlery and cotton swabs. In 2022 disposable plastic must be drastically reduced and by the end of 2022 microplastics in care products will also be banned. The ban on plastic bags in mega-cities, which will enter into force this year, must be in force throughout China in 2022. China will completely stop importing plastic waste and will promote alternative packaging materials.

The country with 1.4 billion inhabitants is dying in plastic. The Yangtze River transports 1.5 million tonnes of plastic to the sea every year. That is more plastic than any other river in the world. The harmful effects of litter are immense. For example, the plastic problem contributes to the poor air quality, because a lot of plastic is burned in the open air. The overarching goal of the new measures is to drastically reduce the enormous amount of plastic waste within five years. Apart from reducing production, sales, and use, the plan also aims to improve plastic recycling and promote alternatives.

Import of western plastic waste has already been restricted

Two years ago, China also made a radical decision. From 1 January 2018, plastic waste was no longer allowed to be imported, apart from clean industrial waste streams. Until then, mainly Western countries shipped plastic waste to China on a massive scale. Some of it was recycled and the rest was dumped or incinerated. The Chinese measure had (and still has) global consequences. The export flows of plastic waste, for example, shifted to other Southeast Asian countries. A scientific study concluded: ‘Since 89% of exports consist of one-off (packaging) plastics for food, robust new concepts are needed to reduce plastic use, redesign products and promote recycling at home’.

Malaysia is one of the countries dealing with the increasing legal and illegal import of plastic waste because China was dropped as a destination. The country returns the illegal containers. Since last summer, there have been 150, to a total of thirteen countries, including the United States and Canada. Earlier this week, 42 other containers returned to the United Kingdom. What is shipped to us under the guise of recycling is actually dumped with us,’ said Malaysia’s Environment Minister Yeo Bee Yin. The Chinese import ban is actually being taken over by or imposed on other countries in the region, but ultimately forces Western countries to take responsibility for their own plastic junk. 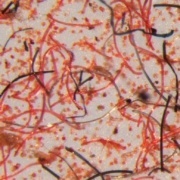 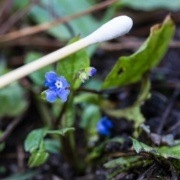 Plastic on a strict diet
Scroll to top
This site uses cookies. By continuing to browse the site, you are agreeing to our use of cookies. Learn more