You are here: News Ducor Petrochemicals to be held responsible for plastic nurdle pollution

Ducor Petrochemicals to be held responsible for plastic nurdle pollution

A request by the Plastic Soup Foundation for enforcement submitted to DCMR, the environmental service for the provinces of South Holland and Zeeland, quickly turned into action. Ducor Petrochemicals is being held responsible for the systematic nurdle pollution of its factory surroundings in the Botlek industrial area.

The company will have to take measures to avoid the nurdles from entering the area outside the factory or the surrounding port area and will be fined € 15,000 for every infringement. This is the very first time that this type of penalty is being imposed in Europe.

DCMR has announced that it will also check other producers, processors and users of nurdles in South Holland and Zeeland more strictly. The environmental service calls the dispersal of plastic in the environment a major societal problem and intends to work with the Plastic Soup Foundation to reduce plastic pollution.

The pollution goes far beyond Rotterdam

For a long time now, the Plastic Soup Foundation has drawn attention to the alarming levels of plastic granule pollution. These granules, called nurdles or pellets, are a semi-produced plastic used to manufacture all kinds of plastic. Months of research has shown that not only the area around Ducor Petrochemicals in Botlek is heavily polluted, but also other industrial areas such as in South Limburg and Antwerp where producers such as Sabic, Ineos, BASF, Borealis, and Covestro are located.

Even areas in ports and roads beyond the immediate surroundings of the factories have so many nurdles that it looks like it has hailed heavily. In January, the news programme Nieuwsuur and the Plastic Soup Foundation reported on the locations mentioned above.

The problem is that the plastic granules cost next to nothing so there is no incentive for the plastics industry to handle them with care. Tons of pellets are crushed during transport and transhipment. An estimated eight trillion pellets end up in the environment in the European Union every year. This equates to 22 billion every day.

The Port of Antwerp and Plastics Europe’ Activity Report 2019 clearly show the scale of crushed pellets. In 2018, the port authority cleared up a good 3.3 tons of nurdles across five hotspots. This amounts to 165 billion nurdles – almost seven times more than washed up on the Wadden Sea Islands after the container ship MSC Zoe ran aground in 2019.

Even our protected Natura 2000 areas are polluted with nurdles. The banks of the Western Scheldt and Meuse rivers are strewn with them. Monitoring by the Schone Rivieren-project (clean river project), in which the Plastic Soup Foundation, IVN Natuureducatie and the North Sea Foundation partner, in 2018 and 2019 produced clear evidence. Plastic nurdles were found in 43% of the tested locations.

Maria Westerbos, Director of the Plastic Soup Foundation, said “I hope that other environmental services follow the lead of the DCMR and seriously enforce the relevant provisions of the Soil Protection Act, the Environmental Management Act, and the Activities Directive.”

The sludge too, needs to be monitored

Ducor Petrochemicals has admitted responsibility and has already taken action. However, this transpired to be insufficient. The company has shown willingness to help clean the Britain and London docks in Rotterdam.

The Plastic Soup Foundation hopes that the cleaning will go beyond only the land, but – as requested – the river sludge in the Port of Rotterdam will also be checked. About half of all plastics produced does not float in water, but sinks to the bottom. The pellets slowly disintegrate, turning into microplastics and ultimately enter the food chain. The responsibility for sampling rests with Rijkswaterstaat (the executive arm of the Dutch Ministry of Infrastructure and the Environment).

The Plastic Soup Foundation will work with DCMR to do everything it can to encourage other environmental services to address plastic nurdle pollution. It is also working with the Break Free From Plastic international movement, The Great Nurdle Hunt worldwide clean up action and the Dutch Schone Rivieren alliance.

Read more
NEWS ABOUT THE PLASTIC SOUP DURING A PANDEMIC 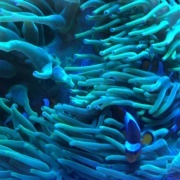 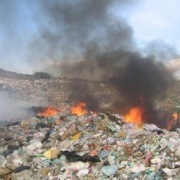