You are here: News Plastic Soup Foundation Does Not Sign the European Plastic Pact

Plastic Soup Foundation Does Not Sign the European Plastic Pact

The aim of the European Plastic Pact is to produce 20% less plastic by 2025. there should be less new plastic and more old plastic should be used as a raw material for new products. This is a fine aim, but despite this, a number of European environmental organisations, united in Break Free From Plastic coalition, have decided not to sign the Plastic Pact. Plastic Soup Foundation is one of them.

Objections to the pact

The main objections are:

The European Plastic Pact has not been signed by plastic producers. Plastic is a petrochemical product and producers have no interest in reduction. Shell will take a new plastic factory into use this year in Pennsylvania in the United States. The 6 billion euro plant converts ethane gas, a by-product of shale gas, into ethylene. More than one and a half billion kilos of polyethylene will be produced annually. This basic raw material will be processed into a semi-finished product in the form of nurdles, from which all kinds of plastic products will be made.

According to a report by the International Energy Agency in 2018, attempts by governments to limit the use of single-use plastics fall short of the sharp increase in the consumption of plastic, particularly in developing countries. The IEA report predicts that ethane production will increase by 70% by 2030. Big Oil is investing heavily in plastic production. This is an interesting market for them, which should compensate for the declining income from the sale of oil and petrol, as a result of the energy transition.

In an open letter to be published tomorrow by Algemeen Dagblad, a group of critical academics states that ‘from the perspective of future generations, it is too cynical that Shell is seeking refuge in activities that cause another environmental disaster: the production of plastics’.

The letter ends with an appeal: ‘We, a group of concerned scientists and experts, are deeply concerned about Shell’s mega-investments in the plastics industry. We call on Shell and the banks, insurers and pension funds investing in Shell to stop their irresponsible investments in plastics, and call on Shell to sign the European Plastic Pact. We call on the Dutch government to formulate (and comply with) policy to prevent investments in the production of new plastic. And we call on Dutch citizens to raise their voices’.

The letter is co-signed by Maria Westerbos, director of the Plastic Soup Foundation.

Listen here to the radio interview of BNR ‘Ask Me Anything’, with among others Maria Westerbos as guest.

Read more
Liquid microplastics in cosmetics are the new battleground 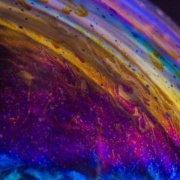 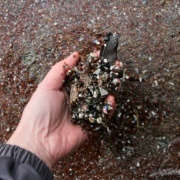